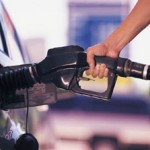 The Iranian parliament (Majlis) integration committee has approved increases on the prices of gasoline, fuel oil, and CNG for this Iranian calendar year, which began on March 21, Fars news agency reported.

Prices of other energy carriers will remain constant.

The country’s gasoline output is projected to hit 70 million liters per day by the end of the next Iranian calendar year, he added.

The number of compressed natural gas filling stations in the country stands at 1,976, he added.

On March 15, IRIB quoted Iranian deputy oil minister Alireza Zeighami as saying that gasoline production in Iran will exceed consumption by the end of the next Iranian calendar year (March 2014).

On January 14, MP Abdolkarim Hashemi told Fars news agency that the Iranian administration is facing problems in providing money for paying cash subsidies to the public.

In such a situation, the second phase of the subsidy reform plan could not be implemented, he added.

“For the time being, the government is providing necessary money from sources other than by freeing up prices based on the subsidy reform plan,” he noted.

The subsidy reform plan pays out $37 to Iranians while eliminating subsidies for fuels and some commodities.

According to official government data, Iranian gasoline imports have slumped by as much as 95 per cent over the last four years as rising refinery capacity and lowering fuel subsidies help neutralize Western sanctions aimed at starving Tehran of fuel.