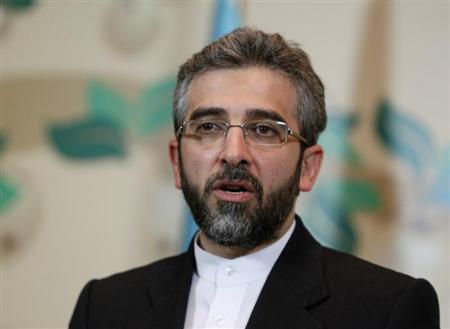 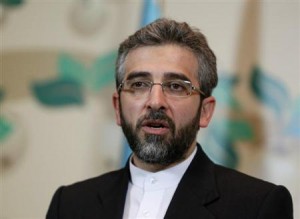 (Reuters) – Iran is ready to resume talks with world powers on its disputed nuclear program and awaits word from the European Union on timing and details, Iran’s deputy nuclear negotiator said on Thursday.

Ali Bagheri, in an interview with Reuters in Geneva, said Iran needed 20 percent-enriched uranium for its Tehran research reactor and four others being built, and was continuing to convert some of its stockpile into reactor fuel.

“We are waiting for Lady Ashton to call Dr. Jalili, and Dr. Jalili is obviously ready to take the call,” Bagheri said.

The world powers and Iran failed in talks in the Kazakh capital Almaty this month to end the deadlock in a decade-old dispute over Tehran’s nuclear program, prolonging a standoff that could yet spiral into a new Middle East war.

Iran says its nuclear work is entirely peaceful and that it is only refining uranium to power a planned network of nuclear energy plants and for medical purposes. Critics accuse it of covertly seeking the means to produce nuclear weapons.

A report by the U.N. nuclear watchdog, the International Atomic Energy Agency (IAEA), in February said Iran had in December resumed converting to oxide powder some of the uranium it has enriched to 20 percent fissile concentration, for the production of reactor fuel.

That helped restrain the growth of Iran’s higher-grade uranium stockpile, a development that could buy more time for diplomacy.

In a potentially encouraging sign for the powers, Bagheri said on Thursday this conversion continued.

“This is very much going according to plan. This activity is ongoing,” he added.