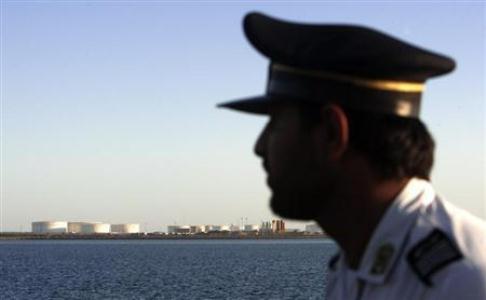 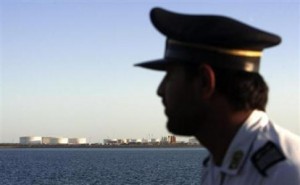 (Reuters) – Iran is storing millions of barrels of oil on tankers in its territorial waters as Tehran struggles with tougher Western sanctions on its vital seaborne export trade, ship industry sources say.

“There is no doubt there are more Iranian tankers being used for floating storage at the moment on their side of the Gulf and the feeling is this is expected to rise,” said a European ship industry source with knowledge of tanker movements.

“The embargo is hurting and there has been talk of attempts by Iran to unload oil cargoes at distressed prices.”

Ship industry sources gave varying estimates on how much oil Iran was storing at sea, but all said the volume was higher.

The data showed a further two supertankers were also probably deployed on floating storage, based on the length of time they were stationary, meaning as much as 25 million barrels in total.

The vessels, all belonging to Iran’s top tanker operator NITC, were located close to the Iranian oil terminals of Assaluyeh, Kharg Island and Bahregan, the data showed.

“There seem to be more vessels than there were four months ago – the big area which seems to have changed is off Assaluyeh,” said Richard Hurley, a senior analyst at IHS Fairplay.

“There are more ships that seem to have come in to that anchorage in the past four months or so. At one point they were down to a core storage fleet of around six vessels anchored off Kharg Island and Assaluyeh.”

Pirouz Mousavi, managing director of the Iranian Oil Terminal Company, a unit of the state oil firm, was quoted by the Fars news agency this week as saying Iran was building several land based oil storage sites at locations including Kharg Island and Assaluyeh.

“We have no consignment on the water and if there is any it is waiting for loading and exports,” Mousavi was quoted as saying.

Last year Iran’s floating storage was estimated to have reached at least 33 million barrels before buyers were found.

“Iran still does not have enough land based storage options, so all they can do is park it offshore in their own waters until they can offload the cargoes,” another shipping source said.

“It is getting harder for NITC to operate, so it is feasible that oil could be discreetly discharged via ship-to-ship transfers on other vessels when they make sales.”

NITC, which has a fleet with a carrying capacity of at least 76 million barrels of oil, has been blacklisted by the West as part of tougher sanctions against Iran over its disputed nuclear program.

In recent weeks, two supertankers have joined NITC’s trading fleet after a further two were delivered earlier this year, IHS Fairplay data showed. All four were built at Chinese yards.

“Having more tankers gives Iran more trading options including storage, but NITC is under enormous pressure, constantly having to adapt and also deal with poor tanker market conditions,” another ship industry source said. “They face a tougher time ahead.”

U.S. and European Union measures aimed at choking the flow of oil money into Iran have cut around a million barrels per day from Iran’s crude exports. China along with the other main buyers of Iranian crude – India, Japan and South Korea – have been under pressure since last year to reduce imports.

Iran is expected to export 1.08 million barrels per day (bpd) of crude in April, preliminary data obtained by Reuters showed, up from the 810,000 bpd that was scheduled to load in March but still far lower than 2.5 million bpd in 2011, before sanctions slashed oil sales last year.

“The problem for Iran is because the bulk of income for the budget comes from oil, this is where it is feeling the pressure. It must maintain exports at a minimum of 1.5 million barrels per day, if not more, to fund the budget,” said Mehdi Varzi, a former official at the state run National Iranian Oil Co.

“Over half of Iran’s current output comes from fields which were discovered 50 years ago or more and many fields have reached their production peaks. To replace that lost production Iran has to accelerate its investment, which it is not doing,” said Varzi, who now runs an energy consultancy in the UK.