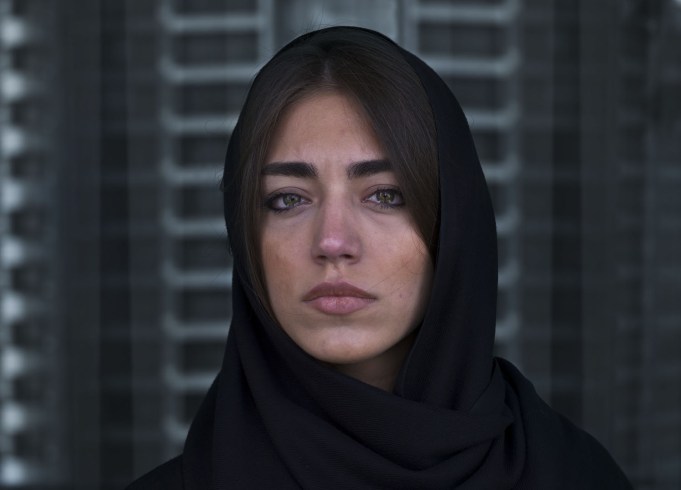 Through story, a look into Iran: Newsha Tavakolian’s portraiture 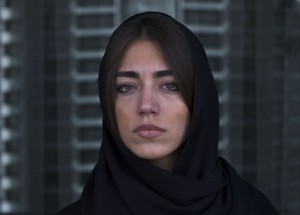 In 1999, Iranian students took the streets of Tehran in the fiercest unrest the country had seen since the 1979 Islamic revolution. The protests started out in response to the closure of a reformist newspaper, but after authorities raided a dormitory, setting fire to rooms and forcing students to jump from balconies, the violence spiraled into a week of full scale street warfare. We print reporters covering the story did our best, but it was the photographs that commanded the world’s attention: powerful, searing images that captured all those Iranian students’ anguish and bravery. As I cowered in back alleys and shop doorsteps — riot police and hard-line vigilantes patrolled the streets — I couldn’t imagine who was managing to take those extraordinary photos.

Later, when the photographer Newsha Tavakolian became my friend, I learned she had spent a week scaling trees and perching above with a zoom lens, bearing unique witness to an event that is a watershed in Iran’s history. She was disarmingly young in those days, girlish and funny in a way that made you forget she had already become one of the most intrepid and influential photojournalists in the country, and of her generation.

We went on to cover many of the same stories in the years that followed, sometimes working together, and I remember being struck by the sheer emotional intelligence of her work. Her eye for gestures, scenes, and moments that captured aspects of the modern Iranian experience that were hard to even formulate in words: the conflicted identities of young women caught between tradition and dreams of independence, the unspeakable betrayal of mothers of war martyrs, the suffocation felt by a generation of bright, talented Iranians increasingly cut of from the world and any real opportunity. Having grown up in that Iran, none of this was foreign or exotic to her, and in her images were often stories, saturated in an intense sympathy and understanding.

“I used to think that photographers should travel to wars and earthquakes to capture suffering, but its much harder to portray the atmosphere of those suffering in their normal lives,” she says. “When my heart hurts for someone, even my sister or neighbor, I want to tell their story.”

As her profile and portfolio grew more distinguished, more and more young photographers in Iran sought her out. She was emblematic of what was possible, and made working with these young photographers a part of her life, incorporating them into her vision for a better Iran. She saw that they had drive but lacked the resources and guidance they needed — she likens Iran in this way to “an island cut off from the world” to train their outlook — to develop their own creative, visual language. Even today she remains in this role, encouraging young photographers to focus on angles or stories, and most importantly, to see working in Iran as an opportunity and not a restriction: “I tell them they can take their best pictures in Iran, because they live here and it’s their story and their concerns. Ultimately they’ll find more here that they have meaningful things to say about.”

The aftermath of Iran’s 2009 post-election uprising changed many things in Iran, not least among them the climate for photojournalism. The authorities used press photos to hunt down and arrest protesters, many of whom later suffered torture and rape at detention centers. Iranians, Tavakolian says, “developed a phobia toward having their picture taken, they were simply very scared.” That reluctance, together with her own fear about inadvertently endangering someone by taking their picture, propelled Tavakolian down a new path, toward a more artistic form of photography with a strong base in social documentary.

The shift marks a deepening and aesthetic maturing in her work, which has been shown by the British Museum and acquired by modern collections such as London’s Victoria and Albert Museum. She says this new approach reflects a turn away from demystifying Iran for the West, and toward a different audience as her interlocutor. She’s no longer moved to capture various forms of hijab or veiling, and sees young Iranians’ vibrant presence on social media as capable of presenting their own voice to the world.

“When we’re stuck on getting the West to understand Iran, our work remains on the surface,” she says. “I want to tell Iranians’ story to Iranians themselves, this is where I can challenge myself and go deeper into the more complicated layers.”

Her new exhibition, Look, which recently debuted in New York at the Thomas Erben Gallery, illustrates this change in tactics. The series of portraits of inhabitants of her own apartment building in Tehran, all taken at a twilight hour seemingly suspended between night and day, conveys all the deep anxieties and fears that middle-class young people in Iran have about the future. “They were all scared or anxious, and I saw that despite how much access they had to technology, despite not being at the edge of poverty, they were still lonely, perplexed,” she says. “I wanted to capture such a moment in their lives.”

Look is a devastating portrait of a middle-class in decline, squeezed by economic pressure at home, and dwindling access to the world, a generation of young people whose lives are not reduced to the twilight hour of melancholy that Tavakolian captures, but marred by it. In this mode, she is still the storyteller, but now in more command of the tale, relaying the truths that are closest to home.