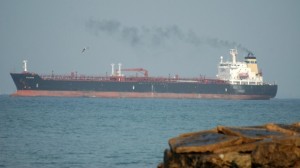 India, the world’s fourth-biggest oil importer, relies on imports for 80 percent of its crude needs and has struggled to wean itself off Iranian supplies under pressure from western sanctions that target Tehran’s disputed nuclear plans.

All of Iran’s major Asian clients — China, India, Japan and South Korea — have secured waivers from the sanctions, and continued access to the U.S. financial system by cutting imports heavily.

The declines are much sharper than for China or South Korea as Indian refiners have faced particular problems in securing insurance for carrying and processing Iranian crude.

Indian insurers have taken a tough stance on the implications of western sanctions, warning that they will not be able to pay claims at plants processing Iranian crude. South Korea could now face similar problems.

New Delhi is considering a special fund to help on insurance but it is likely to be too little to reassure refiners.

Two of Iran’s Indian clients — Mangalore Refineries and Petrochemicals Ltd and Hindustan Petroleum Corp. — have said they will not import oil from the OPEC member because of the insurance problems.

Private refiner Essar Oil emerged in 2012/13 as the biggest Indian buyer of Iranian oil, overtaking MRPL, which does not have the facility to handle Iran’s large ships.

Iran’s share of Indian crude imports has now shrunk to about 7.3 percent in 2012/13 from 16.4 percent in 2008/09, putting it in sixth position, down from number three a year ago, despite an increase in domestic refining capacity.

Overall, India imported about 3.4 million bpd of oil in March, a decline of nearly 12 percent from a year earlier, the data showed. Annual imports were up 10.3 percent at 3.65 million bpd in the last fiscal year, tanker arrival data showed.

To replace Iranian volumes, India’s imports of oil from Latin America have almost doubled in the April 2012 to March 2013 period, with the region accounting for about 17.7 percent of overall imports, up from about 10 percent a year ago.

The Middle East region supplied about 62.3 percent of India’s oil imports in April-March, compared with nearly 69.5 percent a year ago.