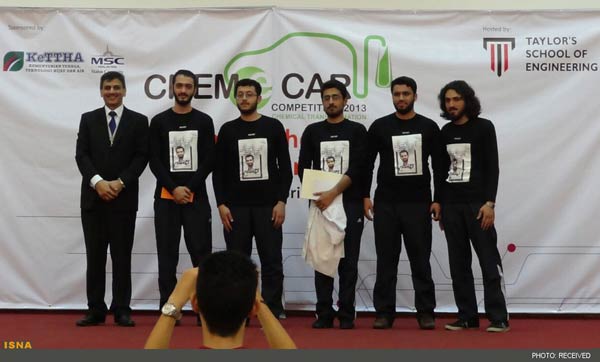 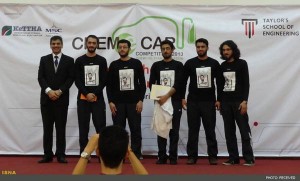 Iranian students won the grand prize in the 8th round of Malaysian Chem-E-Car Competition 2013 attended by 35 teams.

Hossein Hassan-zadeh, a chemistry engineering student at Poly Technique University of Orumiyeh, northwestern Iran, said the competition was involved of the two sections of poster and performance, and the Iranian team was granted the prize considering its points in the two sections.

The team ranked 3rd in the previous round of competitions held in Singapore.

In Chem-E-Car Competition, the chemistry and chemistry engineering students are competing in building cars whose motive force is supplied by a chemical reaction.

The cars used in the matches should be self-controlled and not to start moving through pushing or tuning. Using dry battery or other batteries, mechanical or chemical braking systems, mechanical or electronic timing tools to end the chemical reaction is banned.