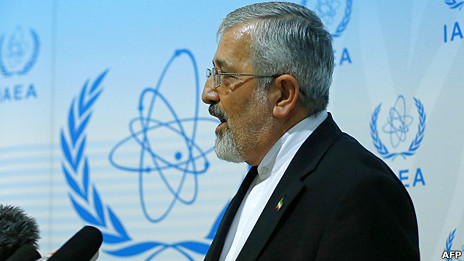 Iran offers to be West’s “reliable partner” in Mideast 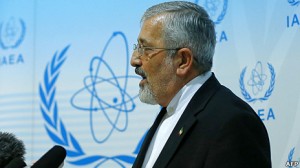 (Reuters) – Iran said on Tuesday that it would be a “reliable partner” in the Middle East if Western countries would take a more cooperative approach in talks on its nuclear program.

Western powers blame tension with Iran in part on its refusal to cooperate with United Nations calls for curbs on its nuclear activity to ensure it is for peaceful purposes only, and to open up to investigations by U.N. inspectors.

Ali Asghar Soltanieh, Iran’s ambassador to the United Nations nuclear watchdog agency, said that current U.S. and European policies, including extensive sanctions on the Islamic Republic, were bound to fail.

“Western countries are advised to change gear from confrontation to cooperation, the window of opportunity to enter into negotiation for long-term strategic cooperation with Iran, the most reliable, strong and stable partner in the region, is still open,” Soltanieh told a meeting in Geneva on the nuclear Non-Proliferation Treaty (NPT).

Soltanieh offered no specifics on how Iran could move to a cooperative dialogue with the West, which has demanded concrete Iranian action to allay international concern that it is trying to develop the means to produce nuclear weapons.

There was no immediate reaction from the U.S. delegation.

Thomas Countryman, chief U.S. delegate to the NPT talks, said on Monday that Iran’s nuclear program poses the greatest threat to the credibility of the NPT, which aims to halt the spread of nuclear weapons.

Soltanieh said Iran was determined to pursue “all legal areas of nuclear technology, including fuel cycle and enrichment technology, exclusively for peaceful purposes”, to be carried out under International Atomic Energy Agency supervision.

“Hostile policies of Western countries, including dual track, carrot and stick, sanctions-and-talks policies are doomed to failure,” he said.

Israel suggested on Monday it would be patient before taking any military action against Iran’s nuclear program, saying during a visit by U.S. Defense Secretary Chuck Hagel there was still time for other options.

Israel has long hinted at possible air strikes to deny its arch-adversary any means to make an atomic bomb, while efforts by six world powers to find a negotiated solution with Iran have proven unavailing so far.