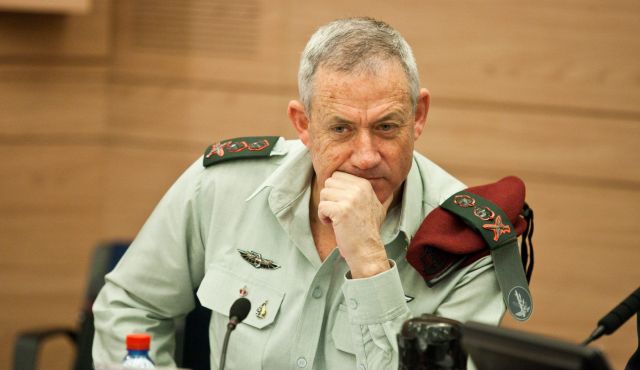 Gantz: Iran is the main focus of IDF activities 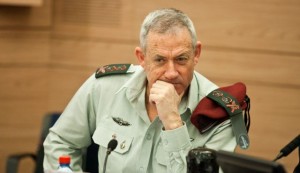 Iran is the main focus of the IDF’s activities, and will continue to be so in the foreseeable future, IDF Chief of Staff, Lt.-Gen. Benny Gantz, told a security conference held by the Institute for National Security Studies in Tel Aviv on Monday.

“Iran must be pressured on its nuclear program and global terrorist activities. The focus of our activities in the coming future, and in general, will be Iran,” Gantz said.

The Islamic Republic is continuing to “exploit ongoing dialogue to carry out strategic activity” linked to its military nuclear program, the chief of staff said. Sanctions and international isolation were having a big effect on Tehran, and might yet cause it to decide to change its path, he added.

“Iran is striving for regional hegemony. In all of the places it is involved, the implications of its capabilities are far wider than something local or regional,” Gantz stated.

Turning his attention to Syria, Gantz said the country was marked by growing instability in areas where Basher Assad once ruled. “Iran and Hezbollah are involved up to their neck – and higher -” in attempts to safeguard the Syrian regime, while also preparing for a post-Assad future, Gantz said. “Strangely, there is Russian support for Assad,” he added.

Noting that some Israeli obverses are describing Syria as the new and local Afghanistan, Gantz said strategic weapons in the country could fall into the wrong hands.

“We’re not waiting for this future to arrive. We’ve been preparing for it operationally for over a year, throughout the whole of the Golan Heights,” he said.

In Lebanon, Hezbollah is growing stronger militarily, yet remains deterred by Israel due to the 2006 Second Lebanon War, Operation Cast Lead in 2009, and Operation Pillar of Defense last year, Gantz argued. Hezbollah is concerned by the weakening Tehran-Damascus-Beirut axis, and is subject to domestic Lebanese pressure. Nevertheless, it is trying to assist Assad as much as it can, while trying to take hold of weapons and preparing itself for the future, he said.

To the south, in Gaza, Hamas remains deterred by Israel, and is not interested in losing control of the Strip, Gantz said. “But it’s not the only player. Other terrorist organizations are operating from there. Hamas is trying to restrain them, not always successfully. We of course cannot agree that the reality in Gaza will go back to what it was before Operation Pillar of Defense,” he said, referring to frequent rocket attacks on Israeli civilians and border attacks on military patrols.

“We’re trying as much as possible to act wisely between the pedals of responding and not responding. [But] if it won’t be quiet, we can strengthen our deterrence, or take more dramatic steps than the steps we took until now. I hope it’s not needed, but if it is, we won’t hesitate to activate force in this area,” Gantz warned.

The IDF does not identify an initiative to launch a war against Israel at this time, but every arena is very sensitive, and the potential for a deterioration that can trigger a war is something the IDF is preparing itself for, he added.

The IDF is working on increasing the accuracy of its firepower, working on operational flexibility, and strengthening its ability to fight simultaneously on multiple fronts, Gantz said.

One of the central aims is to deal a decisive blow to the enemy and keep rounds of conflicts short, he added.