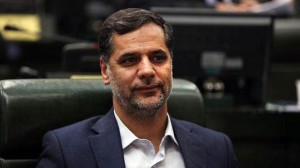 Hossein Naqavi Hosseini, the spokesman for the Majlis (parliament) Committee on National Security and Foreign Policy

Hossein Naqavi Hosseini, the spokesman for the Majlis (Iranian Parliament) Committee on National Security and Foreign Policy, made the remarks in an interview with the Islamic Consultative Assembly News Agency (ICANA) on Sunday.

“MKO’s terrorist background is known to everyone, and almost all international, legal, and political organizations…are familiar with this issue,” Naqavi Hosseini stated.

The Iranian MP said the US permission to MKO to open an office in Washington proves its role in backing terrorism, adding, “Americans establish terrorist groups and support them to take actions favored by them [US].”

In early April, the MKO opened an office near the White House in Washington for the first time in 11 years.

In September 2012, the MKO was taken off the US State Department’s blacklist.

Out of the 17,000 Iranians killed in terrorist attacks since the victory of the Islamic Revolution in 1979, some 12,000 of them have fallen victim to the acts of terror carried out by the MKO.