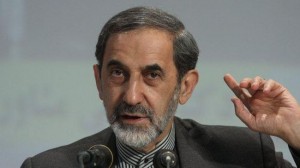 As the political atmosphere is heating up in Iran ahead of the 11th presidential election, hopefuls elaborate on their policies and plans.

In the Principlist camp, the nominee of the Coalition of Three Ali-Akbar Velayati stressed the importance of improving international interaction, saying the time is ripe for the expansion of economic ties along with political relations.

Velayati, who served as Foreign Minister for 16 years until 1997, added that Iran should develop ties with regional and transregional countries.

He cited “stability and peace” as the main bases for the country’s economic growth and stated, “Stability and tranquility will be achieved through high-level and desired political and international ties.”

Velayati, a senior advisor to the Leader of the Islamic Revolution Ayatollah Seyyed Ali Khamenei, is a member of the Coalition of Three which also includes senior lawmaker Gholam-Ali Haddad-Adel and Tehran Mayor Mohammad-Baqer Qalibaf.

Meanwhile, Iran’s top negotiator in talks with the P5+1 group of world powers, Saeed Jalili, may also run in the June presidential election.

Jalili, who is the secretary of Iran Supreme National Security Council, said if he takes part in the vote, he will run as an independent candidate.

“In case of my presence in the election, I will not be nominated by any party, group or front and will run as an independent,” he added.

With less than two months to the presidential election, more political figures are joining what is widely expected to be a tight race.