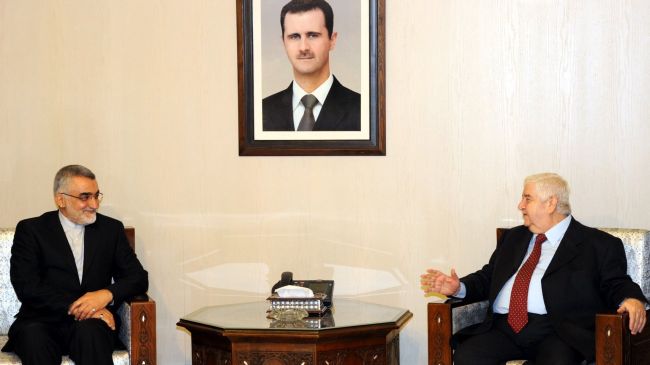 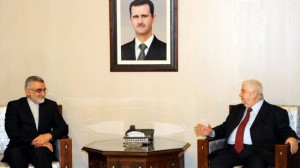 A senior Iranian lawmaker says the Islamic Republic will completely support Syrian President Bashar al-Assad in countering the plots hatched by the enemies of the Arab country.

Iran believes Syrian officials and the nation are resistant to US plots and through vigilance and unity can emerge from the ongoing crisis in their country “in the best way,” said Chairman of the Majlis National Security and Foreign Policy Committee Alaeddin Boroujerdi.

The lawmaker made the remarks in a meeting with Syrian Foreign Minister Walid al-Muallem in Damascus on Sunday.

The Syrian minister, for his part, said foreign powers are trying to target Syria’s strategic and key role in the region.

Muallem added that his country is battling armed terrorist groups which receive military and financial aid from Syria’s neighboring countries.

He emphasized that the foreign-backed terrorists seek to destabilize security and stability in the crisis-stricken Syria.

The Syrian minister also reiterated that Damascus wants to implement reforms through national dialogue and unity among all political and social currents that believe in independence and national sovereignty and oppose the meddling of foreign powers.

The Iranian parliamentary delegation, headed by Boroujerdi, arrived in the Syrian capital on Saturday for a three-day visit to the Arab country.

The top Iranian legislator is scheduled to hold talks with the Syrian president on Monday.