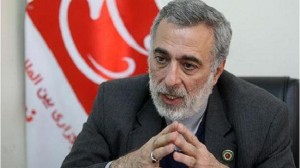 A senior Iranian lawmaker says a parliamentary delegation has left Tehran for the Syrian capital, Damascus, for a three-day visit.

The parliamentary delegation is headed by Chairman of the Majlis National Security and Foreign Policy Committee Alaeddin Boroujerdi.

Sheikholeslam added that “strengthening parliamentary relations between Iran and Syria and discussing regional matters particularly the Syrian situation” are among the issues which will be addressed during the meetings of the Iranian delegations with Syrian officials.

Syria has been experiencing unrest since March 2011. Many people, including large numbers of army and security personnel, have been killed in the violence.

The Syrian government says the chaos is being orchestrated from outside the country, and that a very large number of the militants operating in the country are foreign nationals.

Certain Western countries and their regional allies continue to openly support the militants in Syria, the majority of whom are foreign nationals.

On April 12, the US Central Command and the Joint Staff of the Pentagon announced their plans for intervention in Syria under pressure from Democratic and Republican lawmakers. Washington also voiced plans to send as much as USD 10 million in direct aid to the militants in Syria.