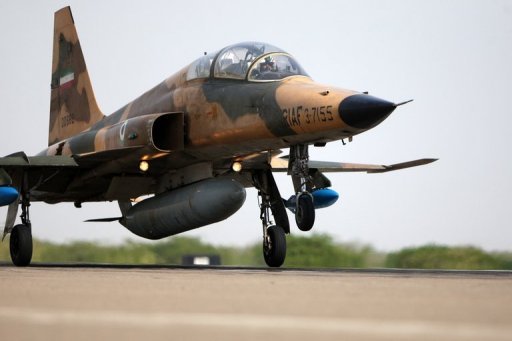 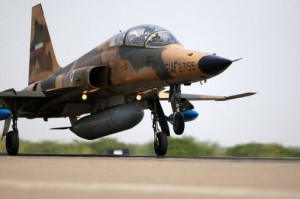 The fighter crashed in highlands after it took off from a military air base in Dezful, 460 kilometers (280 miles) southwest of the capital, Tehran, according to a report by the semi-official Mehr news agency. It cited Morad Nasseri, governor of the nearby Abdanan region.

“Iran is a committed member of the International Atomic Energy Agency (and) will continue its cooperation” with the UN atomic watchdog, Iran’s foreign ministry spokesman Ramin Mehmanparast said in remarks reported by the ISNA news agency.

Defense Secretary Chuck Hagel said on Sunday a $10 billion arms deal under discussion with Washington’s Arab and Israeli allies sent a “very clear signal” to Tehran the military option remains on the table over its nuclear program.

“The bottom line is that Iran is a threat, a real threat,” said Hagel, who arrived in Israel on Sunday on his first visit to Israel as defense secretary.

A detachment of the Russian Pacific Fleet warships docked in Iran’s Southern port city of Bandar Abbas, the Iranian army announced on Sunday.

The Iranian Army’s public relations office announced that the Russian fleet, comprised of Admiral Panteleyev anti-submarine destroyer and two logistic warships of Peresvet and Admiral Novelskoy with a total number of 712 crews, has entered the Army’s first naval zone in Bandar Abbas.

A recent report says the visit by Israeli National Security Council Head Yaakov Amidror to Turkey is aimed at securing an airbase in Iran’s neighbor to pave the way for a military attack on Tehran.