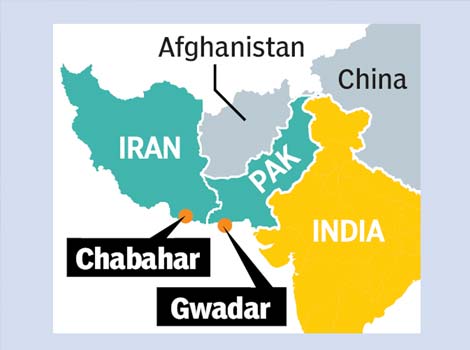 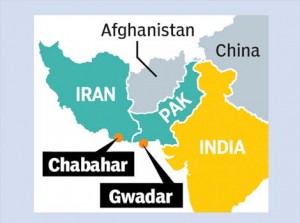 Ahead of external affairs minister Salman Khurshid’s visit to Iran from May 3-5, the Union cabinet is likely to approve an assistance plan of $100 million (about Rs. 539 crore) to develop the port. “The cabinet approval is expected soon,” said an official.

Gwadar has strategic importance for China as 60% of its crude oil comes from Gulf countries that are close to the port.

Chabahar will not only help New Delhi counter Beijing’s presence but also boost India’s trade and investment ties with landlocked Afghanistan and central Asia by providing it with a transit route to the region (Pakistan does not allow Indian goods to pass through its territory). India, Iran and Afghanistan have already signed an agreement to give Indian goods heading for central Asia and Afghanistan preferential treatment and tariff reductions at Chabahar.

Moreover, the development of the port will also help Afghanistan reduce its dependence on Pakistan’s Karachi port for access to the Indian Ocean. At present, Afghanistan uses Karachi for its trade and to receive energy supplies.

Chabahar has been on the agenda in discussions between India and Iran since 2003.

But a host of problems — including the chill in India-Iran ties after Delhi voted against Tehran at the International Atomic Energy Agency, and US’s concerns regarding Iran’s nuclear programme — have prevented the project from taking off so far.