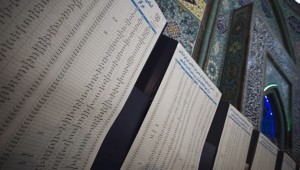 Presidential hopeful Ali Akbar Velayati said on Wednesday that the Principlist group, known as the Coalition of Three, has a new type of campaigning on the agenda, Mehr News Agency reported.

“All the coalition’s three candidates will register in the elections…,” he said, adding “of course, they have no competition and debate with each other, but it is likely that they hold a roundtable debate and each defends [his view] in one area and their answers complement each other’s and this forms a new mode on the arena of elections in advertising,” said Velayati, who is currently a senior advisor to the Leader of Iran’s Islamic Revolution Ayatollah Seyyed Ali Khamenei.

Speaking on Thursday, presidential hopeful Mohammad-Reza Bahonar referred to Iran’s record inflation in the past Iranian calendar year, and said, “Some of these economic tensions are economic expectations and are completely solvable and choosing an efficient president can reduce the burden of inflation in the country.”

“Through correct planning and management,” the inflation can be reduced to half over the next two years, he noted.

Bahonar said Iran has specific red lines when it comes to foreign relations. But he said this does not mean showing a red card to everyone. He said with correct diplomacy, Iran can have successful ties with world countries.

Also on Thursday, presidential hopeful and former Foreign Minister, Manouchehr Mottaki said, “Candidates must pay special attention to foreign policy and, by maintaining standards and observing principles of conducting dialog with the world, we should take steps in this direction.”

Mottaki also spoke on Iran’s economy and said low-income families make up the greater part of the population. He then referred to production as the key to solving the country’s economic problems. Mottaki says by strengthening this sector, Iran can reduce the impacts that unemployment, and inflation have on the society.