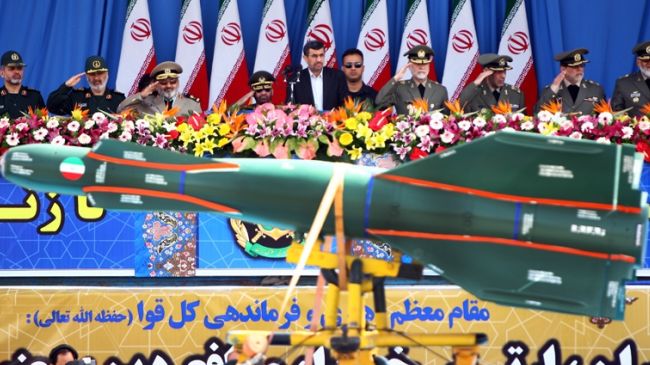 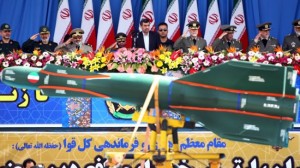 The drone, named Hazem 3, and Ya Zahra 3 and Mersad 2 missile systems as well as Sayyad 40 mobile electronic interception system were unveiled during a parade marking the National Army Day on Thursday.

Commander of Iran’s Khatam al-Anbiya Air Defense Base Brigadier General Farzad Esmaili said earlier that the drone, which is a long-range aircraft, can be used in targeting and reconnaissance operations, and for carrying cargo whenever needed.

The country’s latest indigenous air-to-surface missiles, Fakour and Qader, were also put on display during the parade, held next to the Imam Khomeini’s Mausoleum in the south of the Iranian capital.

Shahab, Thamen and Matla’ al-Faj advanced radar systems, Nazeat 60 and Nazeat M10 missile launching system as well as Zelzal and Qased missiles were also put on display in the ceremony.

Units of the Iranian Army staged parades on the occasion of the National Army Day to display the country’s defensive and military capabilities.

Senior Iranian officials and a host of top military commanders are attending the ceremony.