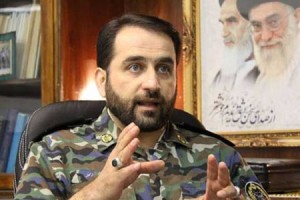 A senior Iranian military commander says the country is ready to display indigenous unmanned aerial vehicles (UAV) and other military achievements on the National Army Day.

Commander of Iran’s Khatam al-Anbiya Air Defense Base Brigadier General Farzad Esmaili said on Wednesday “reconnaissance and defense drones” designed and developed by Iranian defense experts would be put on display during a parade on Thursday.

“The UAVs are considered an invisible layer…and aside from their deterrence power they can be used for different purposes,” the general said.

The general said the drones are used for “gathering data from several hundred kilometers away and can transmit them (this data) in real-time.”