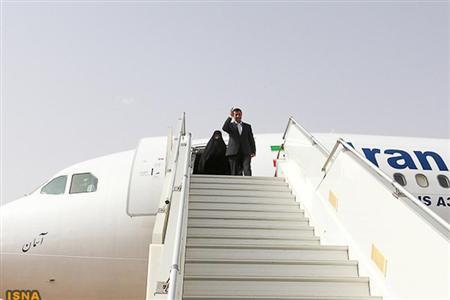 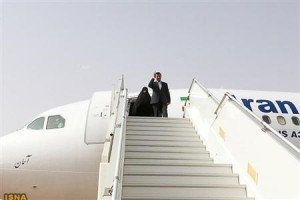 Ahmadinejad, who steps down at elections in June after eight years at the helm of the Islamic Republic’s government, has used the podium at previous Army Day parades to lash out at the United States and its allies.

On Thursday Ahmadinejad confined himself to praise of the country’s armed forces, and it was Iran’s ground forces commander Ataollah Salehi spoke up against Iran’s sworn foe.

“A dog does nothing more than bark and we have no confidence in these threats,” Iran’s state news agency (IRNA) quoted him as saying.

With little progress reported at talks this month between Iran and world powers, Israel has reiterated that it reserves the right to resort to military operations to stop what is says it Iran’s attempt to build nuclear weapons.

Iran has responded to Israel’s threat with regular combat drills, announcements of new advances in military technology and threatening statements of its own.

Iran denies it is seeking nuclear arms and says its atomic work is peaceful and aimed at generating electricity.

Ayatollah Ali Khamenei, who as commander in chief has ultimate authority over the armed forces, said last month the Islamic Republic would raze the Tel Aviv and Haifa to the ground if Israel “made the slightest mistake”.

“Iran does a good job of advertising its equipment for deterrence purposes,” said Michael Elleman, a missile expert at the Bahrain offices of Britain’s International Institute of Strategic Studies (IISS).

“There is a fair bit of exaggeration that accompanies claims but they’ve been very innovative and increasingly self-sufficient and have also shown their ability to leverage technology from places like China.

“In terms of capability or accuracy, that’s where they make wild claims,” he said.

Sanctions have prevented the Islamic Republic from buying U.S. and European weaponry, and so the basis of Iran’s military hardware remains U.S. and Soviet equipment purchases made by the Shah of Iran before the 1979 revolution.

Commanders have resorted to reverse engineering hardware to produce indigenous versions of equipment.

Its Saeqeh fighter jet is derived from the U.S. Northrop F-5, its Zulfiqar battle tank that incorporates design from Soviet and U.S. tanks, and the Toufan 2 attack helicopter is based on the U.S. Bell AH-1 Cobra.