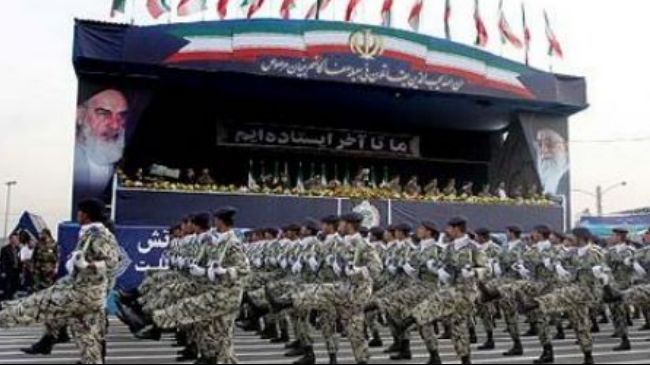 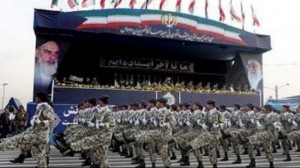 The National Army Day parades in the Iranian capital of Tehran

Speaking during a ceremony at Imam Khomeini’s Mausoleum in the south of the Iranian capital on Thursday on the occasion of the National Army Day, the Iranian president praised the country’s military progress and achievements during recent years.

The Iranian Army is a role model for other independent armies across the world, Ahmadinejad pointed out.

“I am confident that the Army of the Islamic Republic of Iran presently serves as an appropriate model for all independent armies of the world,” Ahmadinejad said.

He emphasized that a nation requires power to safeguard its independence and take steps towards progress.

Ahmadinejad, who is also head of Iran’s Supreme National Security Council, noted that the Iranian Army is conducting its mission in full compliance with the commands of Leader of the Islamic Revolution Ayatollah Seyyed Ali Khamenei.

Such an army safeguards national “grandeur and security” and will never be defeated, he emphasized.

The president further reiterated that the presence of Iran’s Army in the Persian Gulf has played a significant role in maintaining security in the region, saying, “The presence of foreigners has been the root cause of insecurity in this region.”

He said the Iranian Army conveys to other countries the message that power is based on reliance and belief in nations.

Units of the Iranian Army are staging parades on the occasion of the National Army Day to display the country’s defensive and military capabilities and might.

The country’s latest indigenous military hardware including unmanned aerial vehicles (UAVs) will be put on display during the parades in Tehran.

Senior Iranian officials and a host of top military commanders are attending the ceremony.

In recent years, Iran has made major breakthroughs in its defense sector and attained self-sufficiency in important military equipment and systems.

The Islamic Republic has repeatedly announced that “deterrence” lies at the heart of its defense doctrine, and that its military might poses no threat whatsoever to other countries.