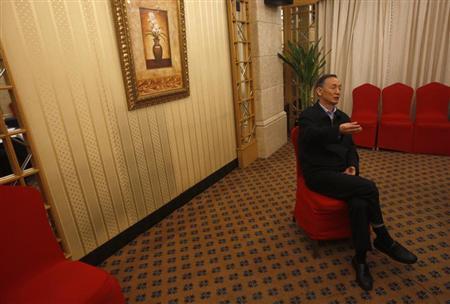 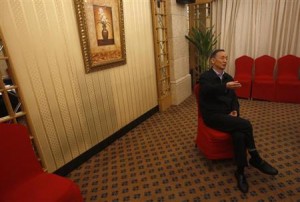 ZTE said in March 2012 that it would curtail business in Iran following a report by Reuters that it sold Iran’s largest telecoms firm a powerful surveillance system capable of monitoring telephone and Internet communications. The company is now facing a U.S. criminal investigation over the issue.

“We’ve basically stopped. We have to continue to service the products we had sold before – we have no choice,” Hou Weigui said in an interview in Beijing. “We maintain communication with them to enable locals to carry out maintenance.”

Hou’s disclosure is the first public acknowledgement of how deeply the scrutiny has affected the company.

While he declined to give details on the amount of business ZTE had done in Iran before, Hou said the compensation it had to pay clients there for breaking contracts, and the fact that it had to halt some shipments even after equipment had been manufactured, were important reasons for the company’s first-ever annual loss in 2012, of 2.84 billion yuan ($460.1 million).

Losses in Europe were also a big factor in the poor performance in 2012, he said.

“I think we’ve really been treated unjustly on this issue. Others are selling the same things, and we weren’t even selling the most,” Hou said. “Now we face these restrictions, and others in the industry aren’t facing any restrictions – they’re all still selling. This is a bit unfair.”

A new U.S. law signed by President Barack Obama in March restricts government purchases of Chinese information technology out of security concerns, and a Congressional committee last October recommended to the U.S. government that Huawei and ZTE should be kept from the U.S. market, and told U.S. companies to stop doing business with both firms.

Hou said ZTE had some communication with the U.S. government on the issues, but he was pessimistic about the possibility of the company being able to change perceptions among lawmakers or the public. In the meantime, ZTE would focus primarily on the handset business in the United States, he said.

“Relying on a company to solve this is far from enough. This is actually an issue of how the two governments approach bilateral trade in high-tech goods,” Hou said.