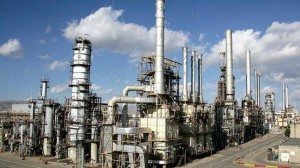 Iran is expected to export 30 million liters of gasoline per day by 2015, despite the US-led sanctions against the country, a senior official has said.

Deputy Oil Minister Alireza Zeighami, who is also the managing director of the National Iranian Oil Refining and Distribution Company (NIORDC), said on Monday that Iran’s gasoline production will hit 70 million liters per day by the end of the current Iranian year (March 20, 2014).

He further said that upon the completion of all Iranian refining projects, the country’s gasoline output will rise to 144 million liters per day.

Last month, Iran inaugurated its biggest gasoline production hub with a capacity of 16 million liters per day near the central city of Shazand.

Besides, the Iranian parliament’s integration committee has proposed increasing prices of gasoline and compressed natural gas (CNG) in the current Iranian calendar year if the second phase of the subsidy reform plan is not implemented, Mehr news agency reported.

According to the proposal, semi-subsidized gasoline which is currently sold for 4,000 rials (33 cents), will be sold at 7,000 rials, and the free market gasoline price will be increased to 9,000 rials from 7,000 rials.

Mehr also reported that the CNG price may also rise in the current year, but did not provide details. Each cubic meter of CNG is sold at 2,600 rials (some $0.2) to CNG stations.

Iran reportedly attained self-sufficiency in fuel production after its international suppliers stopped selling gasoline to Tehran under US pressure.

He added that following complete development of Imam Khomeini Refinery in Shazand near the central city of Arak, 1,500 tons of LPG per day in excess of domestic demand is now produced in the country.

Zeighami said Iran will be exporting its surplus LPG in the future.

Iran is expected to deliver its first consignment of LPG to international markets before March 2014.

Iran LNG Company (ILC) announced on April 12 that it plans to launch the country’s first LNG plant with an estimated capital investment of $5 billion. The facility would start its early production when half of that sum is provided.

The first phase of the plant (65-percent complete) covers a 1,100-megawatt power plant, storage facilities for LNG and LPG, as well as offshore docks.

The plant would be able to produce 10.5 million tons per year of LNG, earning the country more than $20 million a day.

At the beginning of 2012, the United States and the European Union imposed new sanctions on Iran’s oil and financial sectors. The sanctions, which prevent the EU member states from purchasing Iran’s oil or extending insurance coverage for tankers carrying Iranian crude, came into effect on July 1, 2012.

The US-engineered sanctions were imposed based on the allegation that Iran is pursuing non-civilian objectives in its nuclear energy program. Iran rejects the allegation, arguing that as a committed signatory to the Non-Proliferation Treaty (NPT) and a member of the International Atomic Energy Agency (IAEA), it has the right to use nuclear technology for peaceful purposes.