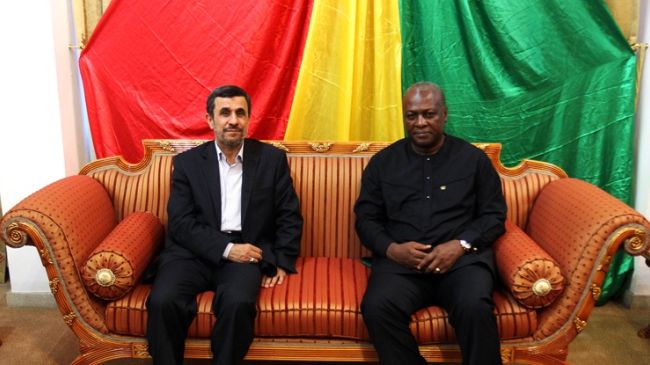 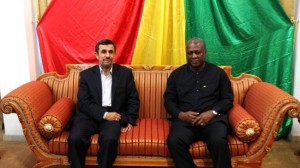 Iran President Mahmoud Ahmadinejad has met with Parliament Speaker of Ghana Edward Adjaho and discussed expansion of bilateral relations between the two nations.

The Wednesday noon meeting in the Ghanaian capital of Accra between the Iranian president and Ghana’s top lawmaker came following President Ahmadinejad’s morning arrival in the West African nation for a state visit.

The Iranian president is also expected to meet with Ghana’s President John Dramani Mahama during his visit and sign a number of cooperation agreements between the two nations.

President Ahmadinejad is further due to deliver a speech before students and scholars of Ghana’s Islamic University as well as the country’s tribal chiefs.

Ghana is the final leg of the Iranian president’s three-nation tour of Africa that began on April 14.

Leading a high-level delegation, the president also visited two other West African nations of Benin and Niger, underlining plans to expand bilateral ties and signing several documents of cooperation in both countries.