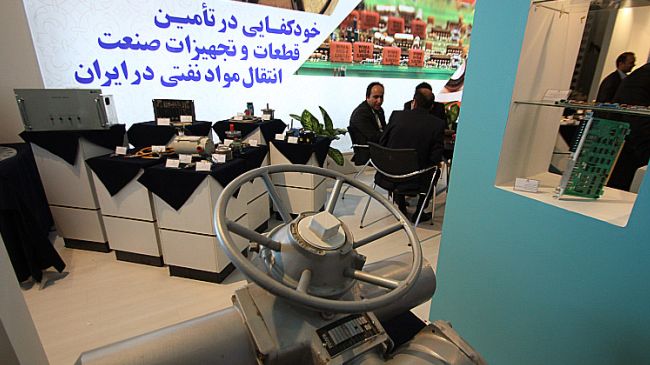 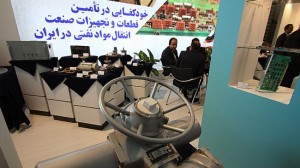 The 17th International Oil, Gas, Refining, and Petrochemical Exhibition was held in Tehran, Iran on April 17-20, 2012.

An Iranian official says over 1,000 Iranian and foreign companies will participate in the 18th International Oil, Gas, Refining, and Petrochemical Exhibition in Iran’s capital, Tehran.

Es’haq Rouyvar, the director of the Iranian Oil Ministry’s Public Relations department, said on Tuesday that the exhibition demonstrates the “growth, vitality and continuous efforts in the petroleum industry” of the Islamic Republic.

The Iranian official added that the international exhibition, which is the biggest oil event in the Middle East, demonstrates the failure of the sanctions imposed on Iran by the global arrogance.

Washington and the European Union used the false claim that Iran is pursuing non-civilian objectives in its nuclear energy program to impose the illegal sanctions. Iran, however, categorically rejects the allegation.

Rouyvar said hundreds of international companies as well as contractors, consultants, experts and domestic producers active in the field of oil are participating in the exhibition.

The 18th International Oil, Gas, Refining, and Petrochemical Exhibition will be held at Tehran’s permanent International Fairgrounds on April 18-21.