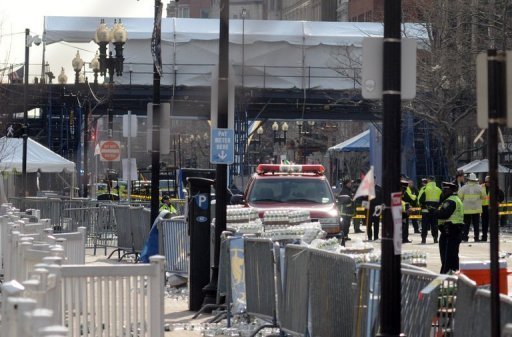 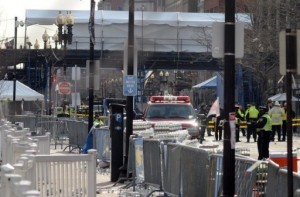 The finish line at the Boston Marathon where two bomb blasts killed at least three and wounded scores on April 15, 2013

“No one should under any circumstances support terrorism and extremism, whether it be in the Middle East or the United States,” he said.

Two bomb blasts struck one of America’s top sporting events Monday, killing at least three and wounding more than 100 as the Boston Marathon descended into chaos.

US President Barack Obama went on national television to warn against “jumping to conclusions” but a senior White House official, speaking on condition of anonymity, said such an attack was “clearly an act of terror”.

Security was stepped up in major cities across the US following Monday’s blasts which evoked memories of the September 11, 2001 attacks.

Iran and the US, which have had no diplomatic relations for more than three decades, do not see eye to eye on a broad range of issues, including Tehran’s nuclear ambitions and its support for the Syrian regime.