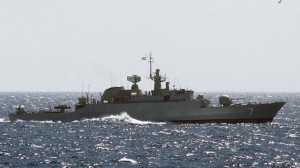 Iran’s strong defense capabilities and military achievements, which have been acknowledged by international experts, prove the failure of enemies’ plots against the Islamic Republic, Iran’s top military commander says.

“Today, the enemy is battling against the country [Iran] with maximum force in all fronts, and this fight is more severe when it comes to the Armed Forces,” Iran’s Armed Forces Chief of Staff Major General Hassan Firouzabadi said on Tuesday.

Firouzabadi noted that economic sanctions imposed against Iran’s Armed Forces since the end of Iraqi imposed war on Iran in 1988, were aimed at undermining Iran’s military strength and defense achievements.

Threats of military action by the US and its ally, Israel, against Iran, as well as the illegal unilateral sanctions by Washington and the European Union are based on the allegation that Iran’s nuclear energy program pursues military purposes, a claim Iran has categorically rejected.

Addressing a Senate Armed Services Committee hearing on March 5, the Commander of the US Central Command General James Mattis claimed that Tehran was “enriching uranium beyond any plausible peaceful purpose.”

The top US commander added that Washington had a number of ways to bring Iran to its knees.

In response to Mattis’ claims, Firouzabadi said on March 6 that any act of aggression against the country will receive a decisive response.