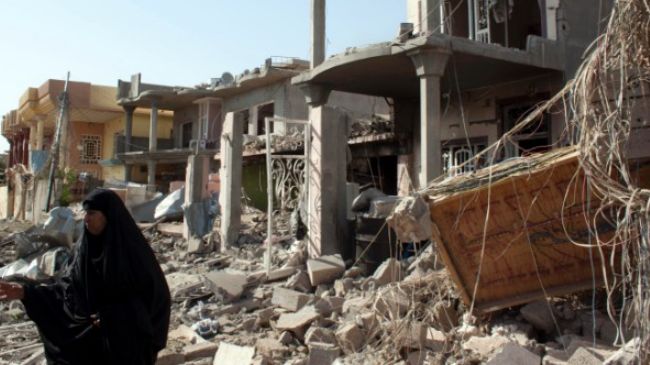 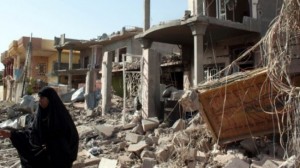 A woman stands at the site of three bomb attacks in Tuz Khurmatu, north of the Iraqi capital, Baghdad, April 15, 2013.

Iran has strongly condemned the recent wave of terrorist car bomb attacks across Iraq that killed over 50 people and injured scores of others.

Iranian Foreign Ministry Spokesman Ramin Mehmanparast said on Monday that the car bombings, which were carried out just a few days ahead of the provincial elections in Iraq, were aimed at hindering the democratic process and fueling sectarian division in the country.

The Iranian official offered condolences to the Iraqi government and nation, particularly to the families of the victims.

Mehmanparast reaffirmed Iran’s full support for the Iraqi government’s efforts to strengthen stability and security in the country.

On Monday, six car bombs went off in five neighborhoods of the capital, Baghdad. Eleven people were killed and more than 50 others wounded in the explosions.

Three car bombs were also detonated in quick succession in Tuz Khurmatu, north of Baghdad, which killed six people and wounded more than 60 others.

Another three car bombs ripped through the oil-rich city of Kirkuk, north of Baghdad, killing five people and wounding 30 others.

Meanwhile, 14 people were injured in two car bomb attacks in the city of Nasiriyah, situated south of Baghdad.

Explosions also occurred in the city of Hilla, south of Baghdad, the central city of Samarra, and Baquba. The blasts killed one person and wounded nearly 60 others.

The bombings were the latest in a string of attacks that have left scores of people dead across Iraq this year.

Iraq is preparing for its first elections in three years. The provincial polls are due to be held in 12 of Iraq’s 18 provinces on April 20.