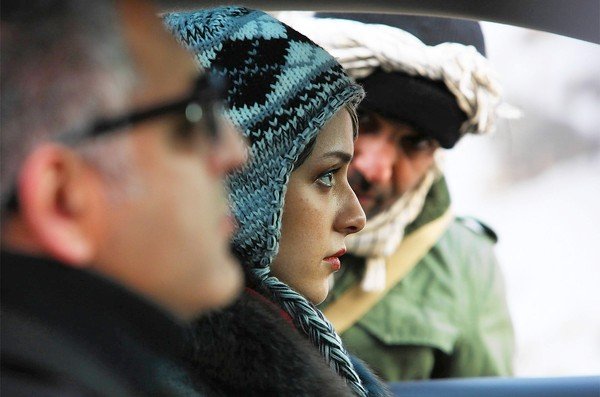 UCLA’s Celebration of Iranian Cinema an eclectic mix of films 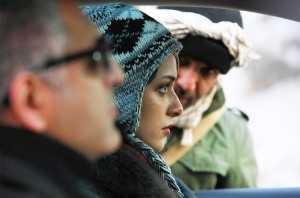 Films by contemporary and veteran directors are on the lineup at the Film & Television Archive’s salute to Iranian cinema.

“A couple of years back, we decided one of the ways we wanted to grow the series for the long term was to look forward and back,” said Shannon Kelley, head of public programs for the archive.

So the festival kicks off Saturday at the Billy Wilder Theater on a classic note with Bahram Beyzaie’s” Downpour,” an acclaimed 1972 drama about a Tehranian schoolteacher. The director, currently a visiting lecturer at Stanford, will appear in person at the screening.

“His voice is so distinctive,” said Kelley of Beyzaie. The film, he adds, offers a glimpse into the country before the 1979 Iranian Revolution.

Because it’s difficult for filmmakers in Iran today to explore political issues in their movies, Kelley said directors are instead asking questions “about the national character” in their films. “They are intimate dramas generally having to do with the communication breakdowns.”

Two of these intimate dramas — Haghighi’s “Modest Reception” and Negar Azarbayjani’s “Facing Mirrors” — deal with the often-uneasy relationship between two people as they travel by car.

“Modest Reception,” which screens twice on Sunday, stars Haghighi and Taraneh Alidoosti as a couple driving through the Iranian countryside handing out bags of money to the simple, poor people they meet in their travels. The man, though, becomes increasingly belligerent and aggressive toward the people they encounter, forcing them to embarrass themselves for the money.

The film, said Haghighi via email, has had a polarizing effect on audiences, especially in Iran, where it opened last winter. “I know of people who went to see it every afternoon for a week and wrote me long essays about it every day on my Facebook page,” he said. “I also received a lot of hate mail. It didn’t help that I was the lead actor in the film because a lot of people bizarrely associated me with that character I was playing and started yelling at me about what a sadistic and sick person I was.”

When the film screened in Switzerland, he noted, “some people in the audience saw the film as an attack against the Swiss banking system. In New Delhi, people there kept asking me if I had something personal against the poor and downtrodden. So now it’s America’s turn, and I am curious to see what they are going to say. Of course, L.A also contains the largest Iranian community outside Iran, and I expect the reaction will be just as interesting.”

Though Haghighi won’t be appearing at the festival, Azarbayjani will be discussing “Facing Mirrors” at the screening on Friday. Her feature debut as a writer-director has received numerous awards in the festival circuit, including best first feature at the San Francisco International Lesbian & Gay Film Festival.

The film revolves around Rana, a wife and mother who uses her car as a taxi to pay off her imprisoned husband’s debts. Her life is changed when she encounters Edi, a transgender trying to flee Iran and travel to Germany to get gender-reassignment surgery.

Because of its themes, the movie didn’t get a wide commercial release in the fundamental Islamic country. “We couldn’t really get it in a lot of theaters, but whoever went to see the film liked it,” said Azarbayjani over the phone from Venice, Italy.

She’s looking forward to sharing her film at UCLA. “The important thing about these kind of festivals is that we can [show our films] to audiences who probably don’t have a clear idea of our culture,” Azarbayjani said.