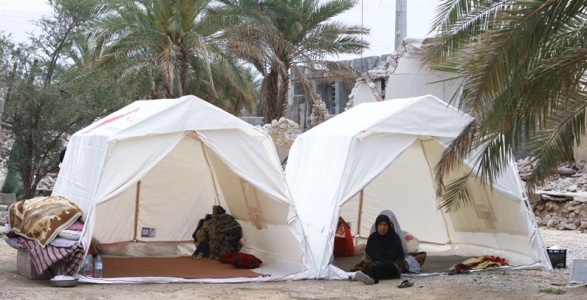 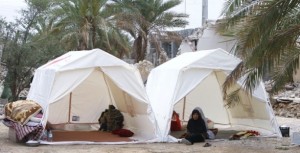 The Azeri and Kazakh presidents and the Italian caretaker premier have separately offered their condolences to the Iranian government and nation over the recent earthquake that hit the southern Iranian province of Bushehr.

A strong earthquake measuring 6.1 on the Richter scale hit the town of Kaki, some 90 kilometers southeast of Bushehr, on April 9, at a depth of 12 kilometers. At least 37 people were killed and more than 1,050 others were injured.

The quake also destroyed 3,100 residential units. It was followed by many aftershocks, which also jolted the nearby city of Khour-Mowj.

In a message to Iran’s President Mahmoud Ahmadinejad on Friday, Azeri and Kazakh presidents Ilham Aliyev and Nursultan Nazarbayev expressed their great grief over the devastating earthquake.

The Kazakh president said his country stands ready to provide assistance to the quake-hit people.

In a message to Iran’s Foreign Minister Ali Akbar Salehi, Italy’s caretaker premier, Mario Monti, who is also his ocuntry’s interim foreign minister, expressed his condolences over the loss of life and property caused by the disaster.

He voiced his country’s readiness to dispatch aid to the quake-stricken people.