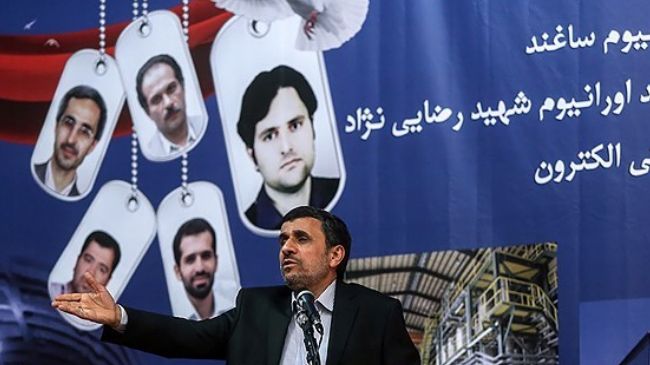 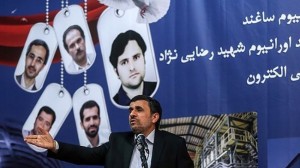 On Tuesday, the National Day of Nuclear Technology, the Iranian president issued the order to launch Shahid Rezaeinejad yellowcake production plant and Saghand uranium mines in Ardakan as well as the country’s first industrial electron accelerator in the city of Taft.

The uranium extracted from Saghand mines in Yazd will be processed and turned into yellowcake in Shahid Rezaeinejad complex, which has the annual production capacity 60 tons.

Referring to the recent negotiations between Iran and the P5+1 (Britain, China, France, Russia, and the US plus Germany), Ahmadinejad advised the group to cooperate with Tehran since no one could obstruct the Iranian nation’s path toward achieving complete nuclear technology.

“The best way for you is to cooperate with Iran… The world must be managed through the cooperation of all nations,” the Iranian president added.

Iran and the P5+1 wrapped up their latest round of negotiations on April 6 in the Kazakh city of Almaty.

Tehran and the P5+1 have held several rounds of talks mainly over Iran’s nuclear energy program. The previous round of the talks took place in Almaty on February 26-27.

Tehran rejects the allegation over its nuclear energy activities, maintaining that as a committed signatory to the nuclear Non-Proliferation Treaty (NPT) and a member of the International Atomic Energy Agency (IAEA), it has the right to use nuclear technology for peaceful purposes.