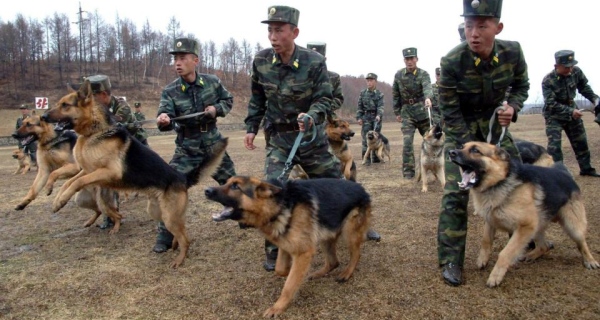 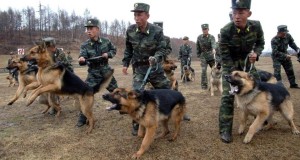 Last week, foreign embassies were informed that North Korea would not guarantee the safety of their staffs after April 10.
Japan has deployed Patriot missile interceptors around its defense ministry headquarters in Tokyo and other key facilities including Okinawa, in the wake of North Korea’s move last week of two intermediate- missiles to its eastern coast, placing Japan, South Korea and the US bases at Guam within range.

In Tehran, meanwhile, President Mahmoud Ahmadinejad unveiled Tuesday two additional uranium-processing facilities at Ardakan in the central province of Yazd. This was announced with the official disclosure by Iranian state TV of uranium mines operating in the town of Saghand, 120 kilometers from Ardakan, which are reported to have an estimated output of 60 tons of yellowcake for use in the uranium enrichment process.
In case this show of defiance was lost on the West, Tehran is now threatening to follow in the footsteps of its North Korean partner and withdraw from the Nuclear Non-Proliferation Treaty in the wake of the failure of the latest negotiations between the Islamic regime and world powers (April 5-6) in Kazakhstan.

The meeting broke up without a date for resumption after Tehran refused outright to curb its enrichment program in exchange of the partial easing of sanctions, demanding that world powers acknowledge the Islamic Republic’s right to enrich uranium under the terms of the Nuclear Non-Proliferation Treaty (NPT).

To underline this refusal, Alaeddin Boroujerdi, chairman of the Iranian parliament’s Committee for Foreign Policy and National Security, came out with this argument: There is no reason for Iran to be in compliance with the NPT and IAEA regulations when the United States and European countries “disregard its articles such as article 6 [mandating the reduction of nuclear weapons] and article 4 [Iran’s nuclear rights].” Speaking to the Fars News Agency (run by the Revolutionary Guards), Boroujerdi concluded: “Therefore, there is no reason for Iran to remain a NPT member…”

Its exit would mean that the nuclear watchdog  would no longer have monitoring access to Iran’s known nuclear sites and like North Korea, which expelled the inspectors, could carry on enriching uranium and developing its nuclear weapons program without international oversight.
These steps, along with Pyongyang’s restart of its nuclear facilities at Yongbyon last week, will give the nuclear collaboration with Iran and North Korea a further boost.
However, neither Washington or Jerusalem appear to show any inclination to rein in either North Korea,  Iran or the dangerous ties between them. In Jerusalem, U.S. Secretary of State John Kerry said on Sunday that world powers would pursue further talks with Iran to resolve their nuclear dispute, but stressed  that the process could not go on forever – which is exactly what President Barack Obama said a year ago.