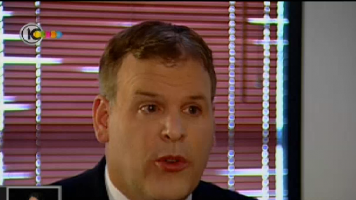 Canadian FM: If Israel strikes, Iran will only have itself to blame 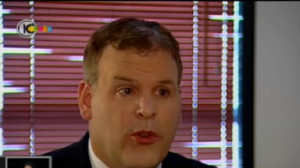 Still, John Baird stresses opposition to unilateral Israeli military action against the Iranians, who he calls the ‘biggest threat’ to world security

If Israel decides to strike unilaterally at Iran, the Iranians will only have themselves to blame, Canada’s foreign minister said Monday during a visit to Israel, while stressing that his country did not support unilateral Israeli military action to thwart Tehran’s rogue nuclear program.

Baird, who has been holding talks with Israeli and Palestinian leaders and also attended events marking Israel’s Holocaust Remembrance Day, was interviewed on Israel’s Channel 10 News.He was asked first about Canada’s strong support for Israel, which saw it voting with only seven other countries against the Palestinians’ successful bid for an upgrade to non-member state status at the UN General Assembly last November. “The great struggle of our generation is the struggle against terrorism,” Baird explained, “and far too often, the Jewish people, Israel, has been on the front lines of that struggle. We want to work with Israel to see a lasting peace in this region.”

He said he had urged Palestinian Authority President Mahmoud Abbas to return to peace talks with Israel without preconditions, but to no avail. He said both sides should avoid unilateral actions that complicated peace efforts.

Turning to the Iranian nuclear program, Baird said, “Iran is clearly doing all it can to waste time” in negotiations. “Iran is not going to get rewarded for just showing up at the negotiating table,” he vowed. “Iran represents the biggest threat to international peace and security in the world today, and the world should respond with that in mind.”

Asked whether Canada would support an Israeli decision to act militarily, Baird said, “We are tremendously concerned about any unilateral action on Israel’s part. At the same time, if it does happen, there’ll be only one single actor to blame, and that will be the state of Iran.”

The foreign minister elaborated: “We understand that every country has the right to stand up and protect itself.” But, he stressed, “We don’t support any unilateral military action.”