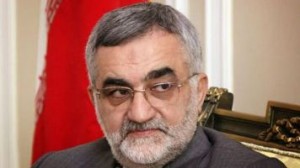 A senior Iranian lawmaker says a Foreign Ministry delegation will travel to Saudi Arabia’s capital of Riyadh to probe the deaths of two Iranian pilgrims in Jeddah.

Chairman of the Majlis Committee on National Security and Foreign Policy Alaeddin Boroujerdi said that the Saudi government is obliged to provide security for Iranian pilgrims since the time they enter the country and should be accountable in this regard.

He added that the delegation would precisely investigate the case and that Iranian pilgrims will be relocated, through negotiations with the Saudi authorities, if their current accommodation is not safe.

Two Iranian pilgrims were killed and four others injured after a service truck crashed into a passenger lounge of Jeddah international airport in Saudi Arabia on Thursday, reports quoted the Saudi Civil Aviation Authority as saying on Friday.

Two of the wounded pilgrims were treated on the spot and were able to board a flight to Tehran. The other two were hospitalized.