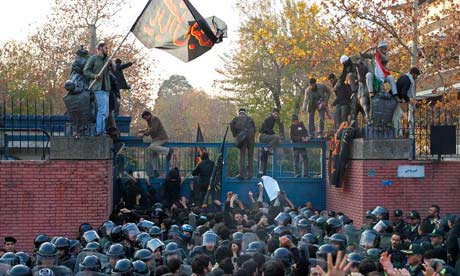 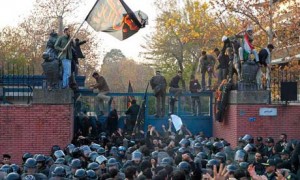 The deputy speaker of Iran’s parliament has condemned an attack in 2011 by Iranian protesters on the British embassy in Tehran, Iranian media say.

“No-one has the right to raid another country’s embassy, it is our duty to protect them,” Mohammadreza Bahonar, a presidential hopeful, said.

His comments came on the eve of Iran’s nuclear talks with world powers.

The attack followed Britain’s decision to impose further sanctions on Iran over its nuclear programme.

In the wake of the incident, Britain shut down its embassy in Tehran and expelled all Iranian diplomats from London.

On Saturday, Iranian Foreign Minister Ali Akbar Salehi said that Iran has “repeatedly” asked the UK to reopen its embassy.

“What happened was a very grave event that should not have happened,” said Mr Salehi.

Iranian officials expressed regret immediately after the attack on the British embassy and another British diplomatic compound, but no-one has been held accountable.

A number of conservative members of the parliament were among the protesters.

UK Foreign Secretary William Hague said at the time that relations between the UK and Iran were at their lowest level, but that the UK was not severing relations with Tehran entirely.