War in North Korea will be costly for US, allies: Iran cmdr. 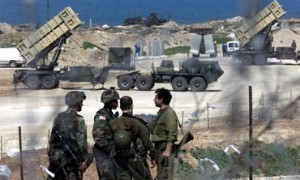 As tensions escalate between the United States and North Korea, a senior Iranian commander has warned that any possible war in the Korean peninsula will inflict heavy losses on the US and its allies.

“The presence of the Americans in [South] Korea has been the root cause of tensions in this sensitive region in the past and present. The US and its allies will suffer great losses if a war breaks out in this region,” Deputy Chief of Staff of Iran’s Armed Forces Brigadier General Masoud Jazayeri said on Friday.

He added that the US presence has also created division between North Korea and South Korea.

The Iranian commander emphasized that if international organizations and the United Nations acted efficiency and independent of big powers, they would have prevented tension in the Korean Peninsula and stopped the US extortionism.

Jazayeri stressed that independent countries would not submit to the US mischief, saying the time for Washington’s bullying and extortionism is long past.

War of words escalated after the participation of the United States’ nuclear-capable B-52s and B-2 stealth bombers in its joint military drills with South Korea.

On Thursday, North Korea said a preemptive nuclear war with the United States “could break out today or tomorrow.”

The Pentagon said on Wednesday that Washington would deploy the ballistic Terminal High Altitude Area Defense System (THAAD) to Guam in the coming weeks.

The US has also deployed a battalion equipped to deal with nuclear, biological and chemical attacks to South Korea.