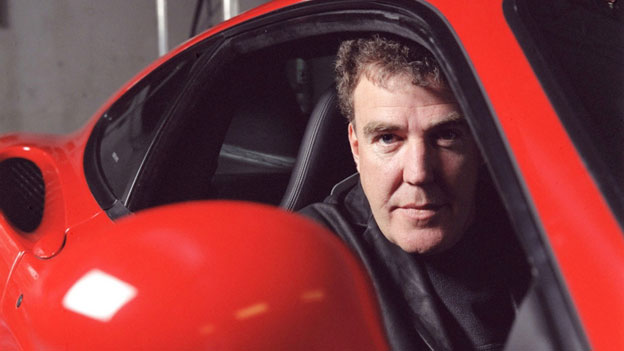 Top Gear in Iran: Why do Iranians love Jeremy Clarkson? 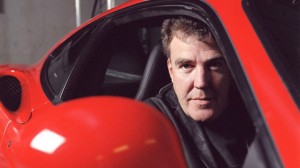 It’s the most widely watched factual TV programme in the world, according to Guinness World Records – Top Gear is watched in 214 territories, and dubbed into eight languages. One of the latest countries to succumb to its charms is, unexpectedly, Iran.

When Mozaffar Shafeie, an Iranian actor living in London, was in Kurdistan a few weeks ago a whisper went round the party he was attending.

“Is it him? Is he really the guy that does Top Gear?”

Soon enough a group of Kurdish teenage boys put the question directly. Shafeie, who does indeed have a close connection with the programme, replied: “Yes, I am Jeremy Clarkson.”

They looked sceptical, until he declaimed loudly, “Emshab!” – Farsi for “Tonight!”, the word with which Clarkson, the show’s outspoken and politically incorrect lead presenter, frequently opens the programme (usually followed by a long pause).

Shafeie is the voice actor who dubs Jeremy Clarkson into Farsi, and this one word sent the boys – and nearby onlookers – into a flurry of excited whoops and screams.

“It was like Beatlemania,” says Shafeie. “I even signed some autographs.”

Iranian viewers have been watching the programme on BBC Persian TV (PTV) since 2009.

The BBC cannot operate freely in Iran, so Top Gear’s popularity is hard to measure. But last year, when PTV dropped an episode to air an exclusive interview with then US Secretary of State Hillary Clinton, the audience protested bitterly.

Clarkson himself was aware of the show’s popularity in Iran, but still surprised by the outpouring of support.

“Hillary Clinton has got many things to say about Iran,” he says.

When the Top Gear season ends, PTV replaces it with its sister programme Top Gear USA, and this too has prompted complaints, one viewer objecting – with Clarkson-like bluntness – that the presenters were “not funny”.

Shafeie attributes the success of the programme in large part to Clarkson’s colourful language and racy anecdotes, which he so faithfully dubs into Farsi. Including phrases like “gentlemen’s sausage”, used to describe a shape he drew on the ground by with the tyres of a car, and “Pharaoh’s dried testicles” – in reference to some truffles that Jeremy and his fellow presenters were tasting.

“I try to get the lip synch precise,” he says. “So when you watch it, it looks as though Jeremy is speaking Persian.”

According to the BBC’s Darius Bazargan, who made a documentary in 2008 about motor racing in Tehran, it is Clarkson’s irreverence that endears him to Iranian audiences.

“His humour is so inappropriate and not at all what you hear on state TV – that must account for some of its appeal,” he says.

“Jeremy Clarkson is about as opposite to President Mahmoud Ahmedinejad as you can get.”

“There’s always been a car culture in Iran,” says Bazargan. “It’s a very status driven society, and this predates the Islamic Revolution of 1979.”

The Porsche is the ultimate Iranian high-status car, a commonplace sight in the affluent neighbourhoods of northern Tehran, though the German company stopped selling cars in Iran last year, in response to pressure from campaigners against the country’s nuclear programme. Maserati and Lamborghini have also recently cut all links.

The former Shah was one Iranian known for his love of classic cars, most of which are now housed in the country’s National Car Museum.

He was in power when Iran in the late 1960s began manufacturing the Paykan, a car modelled on the British Hillman Hunter. This, according to Bazargan became feted as “the car of the people” – akin to Germany’s Volkswagen.

Clarkson has described it as “terrible”, on the grounds of its similarity to the Ford Cortina in which he learned to drive.

“Iranian nukes can’t be very advanced if this is their idea of car technology,” he once said on air.

But Clarkson says he would welcome the chance to drive one in Iran.

“I’d love to drive through Iran in one of those. It’s the sort of thing that Top Gear is all about,” he says.

“I’d love to take the show to Iran. We asked, we begged. And the (Iranian) ambassador in London was very sympathetic.

“At the time he had a son who was 14 or 15 years old who loved Top Gear but there is a rule in place that the BBC isn’t allowed to go, so we weren’t allowed go to, which is very sad – because we’re not really very political.”