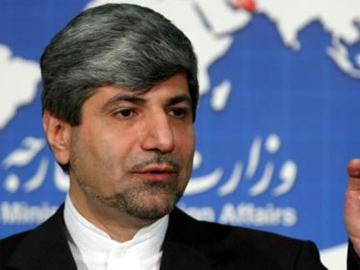 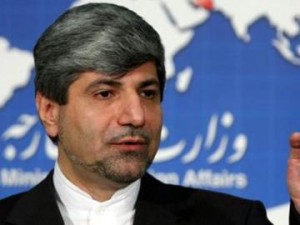 Iran’s Foreign Ministry Spokesman Ramin Mehmanparast has stressed the importance of strengthening regional cooperation to establish stability in the region.

In a meeting with Armenian Foreign Minister Edward Nalbandian in Yerevan on Wednesday, Mehmanparast said that regional cooperation would play a “very effective” role in establishing stability in the region and resolving problems.

He hailed the high level of political relations between Iran and Armenia and called on the two countries to make efforts to enhance their economic and trade cooperation.

The Armenian foreign minister, for his part, said that Tehran and Yerevan are witnessing good developments in their ties, adding that having relations with Iran on the basis of mutual respect is among the priorities of his country’s foreign policy.

Nalbandian pointed to the second round of the talks between Iran and the six major world powers of the P5+1 scheduled to take place in the Kazakh city of Almaty and expressed optimism that issues pertaining to the Iranian nuclear program would be resolved peacefully.

The two-day talks, which will cover a range of topics including Iran’s nuclear energy program, have been scheduled for April 5-6.

Iran and the P5+1 (China, Russia, France, Britain and the US plus Germany) have held several rounds of talks with a focus on the Iranian nuclear energy program. The last round of the negotiations between the two was held in Almaty on February 26-27.

In addition, the IAEA has conducted numerous inspections of Iranian nuclear facilities but has never found any evidence showing that Iran’s civilian nuclear program has been diverted toward non-civilian aspects.