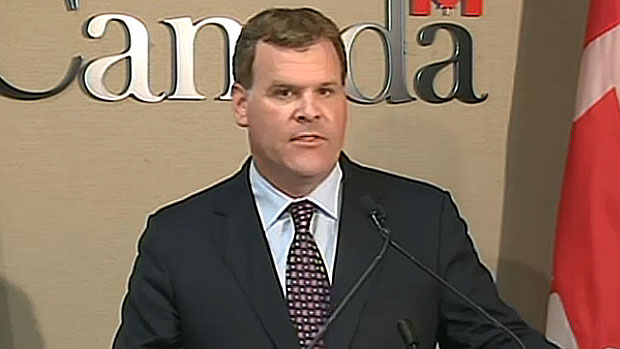 Baird reaches out to Iran’s foes 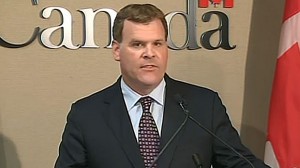 In visits to Bahrain and Qatar on Wednesday, Mr. Baird anticipated finding countries fearful of Iran’s influence and its nuclear program, and was trying to rally will for a united stand on the issue.

The Harper government, which has been a vocal critic of Iran’s nuclear program and has accused it of backing terror groups, cut off diplomatic ties with Tehran last year. But Ottawa’s concerns have been linked to its staunch support of Israel. On Wednesday, Mr. Baird sought to spark co-operation with Muslim countries.

In the Gulf, where several regimes fear Iran is trying to exploit the divide between Sunni and Shia Muslims in their countries to expand its sway, Mr. Baird was meeting leaders who are also fearful of a nuclear-armed Iran and its backing of organizations such as Hezbollah.

Bahrain has accused Iran of fomenting the heavy protests that have threatened the kingdom, but it has a taint of its own: The monarchy has also repressed the uprising with troops from Saudi Arabia and locked up protest leaders.

Bahrain’s ruling Al Khalifa family are Sunni Muslims in a majority Shia country, and they have expressed fear that Iran and Hezbollah are trying to stir a Shia uprising.

Mr. Baird, who met with Bahrain’s King Hamid bin Isa Al-Khalifa as well as the country’s Crown Prince and foreign ministers, found they shared Canadian fears about Iran, and suggested they consider ways to work together.

The visits marked a starting point for further talks with the two Gulf states over regional issues – especially Qatar, which is emerging as an influential player. “While our relations have traditionally been rooted in commercial links, Canada has stepped up its political engagement with the Qatari leadership in recent years as Qatar has assumed a growing role in regional and world affairs,” Mr. Baird said in a statement.

But on Syria, Canada and Qatar, though on the same side, have a difference of perspective: Qatar is financing arms for the opposition fighting the regime of President Bashar al-Assad while Canada – virtually alone among major Western nations – has been reluctant to recognize the opposition officially as the “representative of the Syrian people.”

In meeting with the Qatari Emir, Sheik Hamad Bin Khalifa Al-Thani and Prime Minister Hamad bin Jassim bin Jabr Al-Thani, Mr. Baird raised concerns that those arms could fall into the hands of extremists groups, according to aides. Qatari leaders, however, expressed the view that without backing, the Syrian civil war will drag on.

By The Globe And Mail