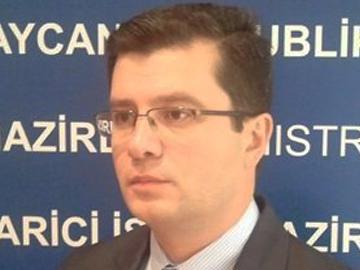 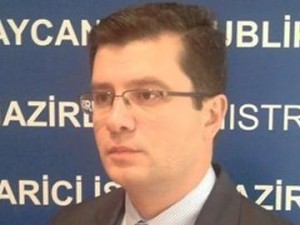 “The ideas expressed at the event held in Baku do not reflect Azerbaijan’s position,” he said. “Azerbaijan has repeatedly stated that it plans on continuing friendly relations with Iran and does its best to strengthen them.”

Azerbaijani ambassador to Iran Javanshir Akhundov was summoned to the Foreign Ministry on April 1. A note of protest was delivered to him.

The note was delivered as a sign of protest against an event organized by the National Freedom Front of Southern Azerbaijan recently held in Baku. The topic of South Azerbaijan was discussed there.

Iranian Deputy Foreign Minister Abbas Araghchi expressed Tehran’s discontent at a meeting with the Azerbaijani ambassador in connection with the fact that the Azerbaijani government did not prevent the holding of the event, media reported.

Abdullayev said that Azerbaijan considers its relations with Iran through the prism of its neighborhood policy and believes that their bilateral friendly relations serve the development of the region as a whole.