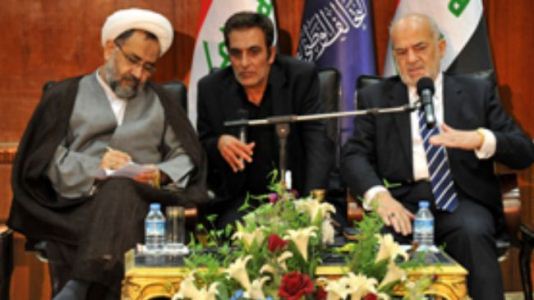 MKO must be expelled from Iraq: Iran’s Moslehi 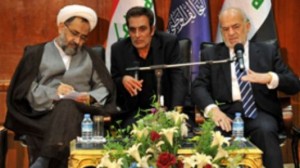 “Based on the arrangements made the MKO must leave Iraqi soil as quickly as possible,” Moslehi was quoted as saying on Tuesday.

MKO terrorists, blamed for the assassination of many Iranian people and officials after the 1979 Islamic Revolution, fled to Iraq in the 1980s where they enjoyed the support of former Iraqi dictator Saddam Hussein, who allowed them to set up a military base near the Iranian border.

MKO members currently live at Camp Liberty, a former US military camp near Baghdad Airport, after their relocation from their former Camp Ashraf under growing pressure from the Iraqi government and people for the terrorist group to leave the country.

Moslehi said a decision must be made about the MKO soon and the terrorist group has only committed seditious acts against Iraqis and other regional nations.

The Iranian intelligence minister hailed Iraqi forces for their effective handling of security in the country and pledged Iran will transfer its security expertise and experience it has gained battling terrorism over the past three decades to the Iraqi government.

Moslehi, heading a delegation, arrived in Baghdad on Monday to be received by Faleh Fayyaz, the National Security advisor of the Iraqi government.

The official then met with the former Iraqi prime minister and leader of National Iraqi Alliance, Ibrahim al-Jaafari, who praised the Islamic Republic of Iran for presenting a unique security model, in which people make up the system.

He also held talks with Iraqi Parliament Speaker Osama al-Nujaifi on Tuesday and is scheduled to meet Iraqi Prime Minister Nouri al-Maliki later in the day.