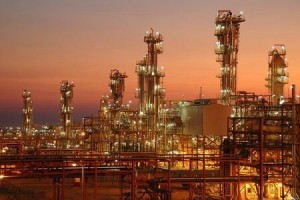 Iranian Oil Minister Rostam Qasemi says three phases of the South Pars Gas and Oil Field will be completed by the end of the current Iranian calendar year (March 20, 2014).

Qasemi said on Sunday that phases 12, 15 and 16 of the field – the biggest gas reservoir in the world – are due to come on stream in the current year.

The Iranian gas field contains 14 trillion cubic meters of natural gas, about eight percent of the world’s reserves, and more than 18 billion barrels of LNG resources.

Qasemi also referred to the exploitation of the oil and gas field as one of the priorities of the Iranian Oil Ministry.

He stated that Persian Gulf Star Refinery will also become operational in southern Iran in the current Iranian calendar year.

The refinery is expected to refine 360,000 barrels of gas condensate coming from Assaluyeh on a daily basis, and produce gasoline, jet fuel and other petrochemical products.