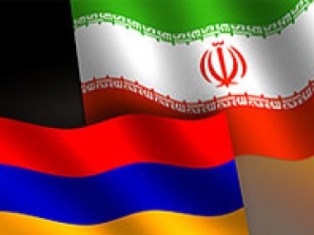 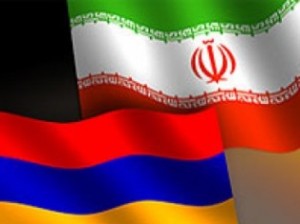 Crippled by sanctions and making desperate moves to match “threats” posed by Turkey and Azerbaijan, Iran has stepped up its long cooperation with Armenia and is determined to improve ties with the landlocked country.

“The Iranian relationship with Armenia is driven by a shared sense of isolation,” says Richard Giragosian, director of the Yerevan-based Regional Studies Center, adding, “For Armenia, Iran offers an important alternative to closed borders [with Turkey and Azerbaijan] and unresolved conflict [of Nagorno-Karabakh with Azerbaijan] and tension with its other neighbors, and offers an opportunity to overcome Armenia’s geographic isolation as a small landlocked state.”

“Armenia [also] stands out as Iran’s most reliable neighbor, offering Iran a much-welcome respite from the friction and tension within the broader region,” Giragosian said.

Due to the isolation both sides are suffering in the region — Iran because of international sanctions and Armenia due to the blockade imposed by Azerbaijan and Turkey — Iran and Armenia are strengthening their partnership by increasing their commercial relations. In 2007, the Iranian-Armenian gas pipeline was completed, which officially ended the blockade.

“Armenia’s developing relationship with Iran is primarily driven by strategic energy concerns,” Giragosian said, calling the Armenia-Iran rail link a strategic priority for Armenia as an alternative to the possible opening of the Armenian-Turkish border.

Turkey and Armenia have not had good diplomatic relations for the past two decades; in 1993 Turkey closed its border with Armenia in an effort to show its solidarity with Azerbaijan after Armenian armed forces occupied 20 percent of Azerbaijan in 1992, including the Nagorno-Karabakh region.

However, Giragosian believes Armenia’s relationship with Iran has resulted in marginal gains. “Although the trade volume between the two countries has been steadily growing, from a meager $72 million in 2001 to about $285 million in annual turnover last year, Iran remains a marginal import and export partner, despite Iran’s proximity to Armenian markets and its shared border,” he said.

Nagorno-Karabakh, a territorial conflict that has remained unsettled between Azerbaijan and Armenia for more than two decades, is also considered an important test for Iran’s foreign policy in the region with Armenia in its axis.

Iran has long benefited from the perennial conflict in Nagorno-Karabakh and has expanded its influence in the region by boosting ties with Christian Armenia. Despite being a country with predominantly Shiite population, Azerbaijan was sidelined by the regime in Tehran in a bid to counter what it sees as Turkey’s “threatening posture” in the region.

“The Nagorno-Karabakh conflict is important in this case — although Iran explicitly denies that it sides with Armenia and fully supports Yerevan,” said Fikret Ertan, an expert on Turkish foreign policy in South Caucasus, adding, “If not for Iran, Armenia is going to falter in the region.”

The same remark came from Baku when Ali Hasanov, Azerbaijan’s deputy prime minister, said in an exclusive interview with Today’s Zaman (March 1) that Tehran is easing the blockade of Armenia by lending a helping hand to Yerevan.

Former president of Armenia, Levon Ter-Petrosyan, also admitted that without Iran, Armenia “would suffocate in a few days.”

Tehran’s support for Yerevan is “in sight and ample enough,” even though it is not as much as Russia — Armenia’s ally — is giving; Azerbaijan, its neighbor to the north, is the number one threat for Tehran in the South Caucasus because of irredentism. Iran is home to more than 30 million Shia Muslim Azerbaijani minorities, who live in the northwestern part of Iran, also called Azerbaijan and referred by some in the Republic of Azerbaijan as “Southern Azerbaijan.”

Iran getting Armenia as a partner to gain a foothold in the region does not please Azerbaijan or Turkey, whose regional policies are to establish an economic blockade against Armenia by keeping Armenia out of regional projects, in a bid to push its adversary to abandon its intransigent position over the Nagorno-Karabakh conflict.