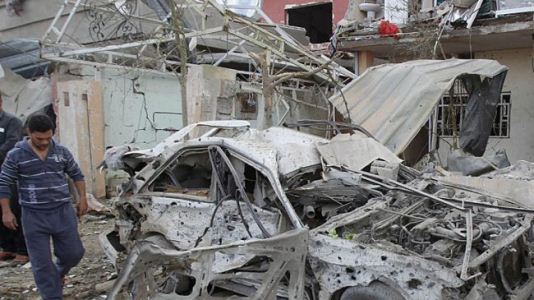 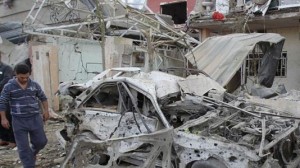 Iran’s Foreign Ministry Spokesman Ramin Mehmanparast has censured the recent terrorist attacks on Shia mosques in Iraq, and warned against ploys to exacerbate religious tensions in the country.

“At a time when Iraqi security forces have made great achievements to dismantle terrorism hubs through their domestic capabilities, acts of terror have been carried out with the purpose of intensifying sectarianism and turning political clashes into religious conflicts,” Mehmanparast said on Saturday.

He expressed confidence that terrorist acts would be thwarted through measures adopted by the Iraqi government and the vigilance of its nation.

The Iranian spokesperson once again reaffirmed the Islamic Republic’s support for the Iraqi government’s efforts to fight terrorism, saying “convergence in the political sphere and cooperation among Iraqi political currents” would help combat terrorist groups.

At least 23 people were killed in a spate of bomb attacks that targeted four Shia mosques in the Iraqi capital, Baghdad, and the northern city of Kirkuk on Friday.

The attacks come amid a rise in violence across the country as Iraqis prepare for their first elections in three years. The provincial polls are due to be held in 12 of Iraq’s 18 provinces on April 20.

On March 20, two people were killed and four others wounded in a car bomb explosion in the Iraqi capital.

A day earlier, a wave of attacks in mainly Shia-populated neighborhoods of Baghdad killed at least 65 people and injured over 200 others.