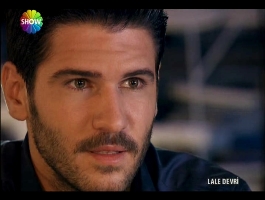 AT A firm of solicitors in north Tehran, Fatimah Shirazi, a divorce lawyer, sat at her desk flanked by photographs of Ayatollah Ruhollah Khomeini and Ayatollah Ali Khamenei — Iran’s past and present leader respectively — and complained she was run off her feet.

“Since the sanctions came we’ve never been so busy,” she said as she prepared the paperwork for her latest cases. “Last year I had six cases — this year I’ve had 15.”

The Islamic republic has the fourth highest divorce rate in the world, according to its office for births, marriages and deaths. This year Tehran alone saw a 6% rise in couples splitting up.

Shirazi thinks the reason is financial. “Traditionally men make the money in Iran and they are struggling,” she said. “Many of my cases this year are due to financial disputes and those which aren’t are about stress over money problems. Many men have become frustrated and impatient with their families. They fight over petty things.”

Joblessness, high inflation and a currency that has lost about two-thirds of its value since US sanctions began to bite at the start of 2011 have put families under pressure.

The government admits the economic crisis is one factor but also blames soap operas from Turkey that, it says, have eroded the taboos that traditionally surround divorce and “destabilised the institution of family”.

Turkish dramas, replete with extramarital affairs and sexual indiscretion, are hugely popular among Iranian women who watch them via illegal satellite dishes.

“According to statistics, people watch four hours of television a day, whereas verbal contact between spouses is just 17 minutes a day,” said Ahmad Mahmoudi, an official from the city of Kerman.

One daytime show on state television attempts to fight back against western culture by featuring imprisoned men who blame satellite television for their decision to murder their wives or to abandon their marriages. It appears to be having little impact.

Women in Iran are unable to divorce without their husbands’ permission so they must prove that he has failed to fulfil his marital duties. This could include violence, impotence or insanity.

Iranian law dictates that a dowry of gold coins should be agreed in advance of a wedding. This should be paid to a woman in the event of a separation so she is able to support herself. In most cases it is unpaid because husbands make their wives agree not to claim the cash in exchange for granting the divorce.

Shirazi handled one acrimonious case last month. Samineh and her husband Kiarash were childhood sweethearts who had been married for 10 years and had a young son. Kiarash worked as a mechanic while Samineh earned a doctorate in anthropology. “She used to humiliate him. She called him a worthless street sweeper,” explained Shirazi, who represented him.

She said Samineh learnt from her mother-in-law that Kiarash had been unfaithful and demanded that he hand over her dowry of 600 gold coins, now worth £218,000.

Kiarash was jailed for refusing to pay but is said to have used government connections to get a judge to overturn the sentence. When Samineh discovered her husband had been freed she used her own connections to pressurise the same judge into issuing a warrant for his arrest.

Kiarash is on the run with his son, awaiting a new law that will give an amnesty to husbands who have paid their wives at least 110 gold coins.

“In Iran we have an expression about dowries — ‘No one has granted it and no one shall take it’,” said a clerk who sits outside the Tehran divorce court helping plaintiffs to write their legal petitions. “But since the economy got into trouble, women take their dowry to save themselves.”

By The Sunday Times