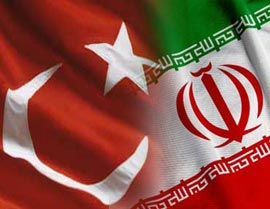 Customs and Trade Minister Hayati Yazıcı has revealed that Turkey had returned five trucks to Iran that were seized by authorities on the suspicion that they were carrying military equipment and other banned materials to Syria.

Responding to a question posed by a lawmaker on the floor of Parliament, Yazıcı told the members of Parliament on Thursday that trucks seized on Jan. 7, 2012 were returned to Iran on May 11, 2012.

He said that trucks with Iranian license plates entered Turkey at the Gürbulak border gate in the Dogubeyazit town of Agri from the Bazargan border crossing on the Iranian side and were to arrive in Syria through the Öncüpınar border gate on the Turkish-Syrian border.

He said that upon receiving intelligence on these trucks, they were stopped at the Öncüpınar border gate and the contents were searched. “As a result of inspections, some chemical contents and chambers that might be used as bomb-making material were seized”, he said, adding that the proper notifications to Turkish military and the Ministry of Foreign Affairs were made.

The minister said all five trucks and all the contents were returned to the country of origin.

When the news of the seizure first broke, the Iranian Embassy in Ankara denied that the trucks being held at Turkish customs were carrying military equipment from Iran to Syria

In addition to UN resolutions, Turkey has also been implementing an arms embargo against the Syrian regime. In 2011, Turkish authorities intercepted an arms shipment from Iran to Syria and seized the cargo of a Syria-bound Iranian plane because it breached UN sanctions.

Following difficulties on the Turkish route, Iran has increasingly turned to Iraqi land and air space to provide arms to the Syrian regime. The US has repeatedly warned the Iraqi government for allowing Iranian arms shipments to transit through its territory.