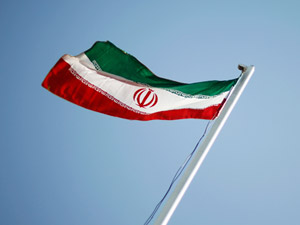 Speaking at the 11th ministerial meeting of the Asia Cooperation Dialogue (ACD) in the Tajik capital, Dushanbe, on Friday, Salehi pointed to a number of cultural programs and plans undertaken by Tehran, including the formation of an ACD cultural structure, and the need for women’s role in the advancement of cultural activities in Asia.

“The establishment of an Asian center for cinematic studies, cooperation in the arrangement of cultural exhibitions, the cultural revival of the Silk Road, the compilation of the ACD dictionary and ceremonies in memory of Asian cultural figures are among other proposals put forward by Iran at the ACD meeting,” Salehi said.

The Iranian foreign minister noted that Tehran hosted the 2013 Asian Culture and Civilization Conference in February, and will host the 3rd meeting of the high-ranking officials and culture ministers of the ACD in May.

“The ACD is now an effective body for the exchange of opinions, a cornerstone for the reinforcement of cooperation and solidarity among Asian nations, and a proper platform for the advancement of trans-regional cooperation,” Salehi pointed out.

He added that the ACD, as a regional cooperation organization, can bring nations together, exploit common cultural values and principles and act as a basis for the expansion of trade cooperation among Asian states.

The ACD is a body created in 2002 to promote Asian cooperation at a continental level and to help integrate various regional cooperation organizations.

The organization was founded by 18 members, and currently comprises 32 member states.

The promotion of interdependence among Asian countries in all areas of cooperation, the reduction of poverty and the improvement of the quality of life for Asian people, the expansion of the trade and financial market within Asia and the increase of the bargaining power of Asian countries are some of the main objectives of the ACD.