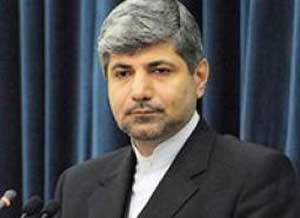 A high-ranking Iranian official says the last round of the negotiations between Iran and the P5+1 in the Kazakh city of Almaty showed that the six major world powers have taken a more realistic approach to Tehran’s nuclear case.

Iran’s Foreign Ministry Spokesman Ramin Mehmanparast said the P5+1 group – China, Russia, France, Britain and the US plus Germany – had a more realistic view of the Iranian nuclear energy program, noting that the two sides could arrive at a broad consensus should the talks continue within such a logical framework.

“We seek the restoration of our rights under the terms of the nuclear Non-Proliferation Treaty (NPT) in these talks; and the framework and the final outlook of such negotiations must be clearly defined. Within this framework, Iran’s rights must be recognized on the one hand, and on the other, the allegations and ambiguities brought up by them should be removed,” Mehmanparast stated.

He added that Tehran expects parallel actions from the other side as it takes steps in the talks.

“The islands of Abu Musa, Greater Tunb, and Lesser Tunb are an inseparable part of the Islamic Republic of Iran,” Mehmanparast said.

“It appears that mistakes are being made in [the process of] resolving the Syrian crisis and these wrong moves will create problems for resolving the crisis in this country,” the Iranian minister said.

Salehi stressed that the wrong decision taken by the AL members would backfire on them.

“The Syrian issue must be resolved logically, legally and according to international law,” said the Iranian diplomat.

Salehi added that arming foreign-backed militants and mercenaries fighting against Damascus would lead to more bloodshed in the Arab country.

“The first round of talks in Almaty produced positive results. We hope the next round of negotiations in Almaty will continue the same forward trend,” Salehi said.