First Egypt flight in 34 years takes off to Iran 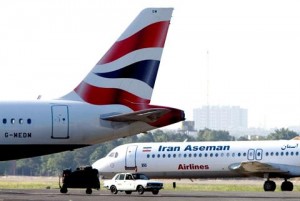 Cairo: An Egyptian flight left Cairo airport on Saturday heading for the Iranian capital Tehran, the first between the two countries in 33 years.

The flight by a private Egyptian airliner, owned by the business tycoon Rami Lakah, took off with eight Iranians on board, marking the operation of a direct air route between the two countries.

The Egyptian official at the time said the Iranians would not be allowed to visit religious sites, a statement obviously aimed at allaying fears in Egypt about the possible spread of Shiism by Iranians in the mainly Sunni Muslim country. Cairo houses many places revered by Shiites, who are followers of a sect of Islam.

Angry Egyptian Islamists Friday forced the cancellation of a religious conference, which was due to be attended by the head of Iran’s interest section in Cairo Amani Mojtaba, according to local media.

Iranian President Mahmoud Ahmadinejad made a historic visit to Egypt in February when he announced that there will be no visa requirement for Egyptians to enter Iran.

Since an Egyptian revolt deposed Husni Mubarak more than two years ago, Tehran has been courting Cairo to restore their full relations, severed in 1980. Iranian leaders have been encouraged by the rise of the Muslim Brotherhood to power in post-Mubarak Egypt.

Egypt hopes that allowing Iranians to visit the country’s holiday-making spots will help revitalise its sagging tourism industry, hard hit by street turmoil that has erupted since Mubarak’s ouster.