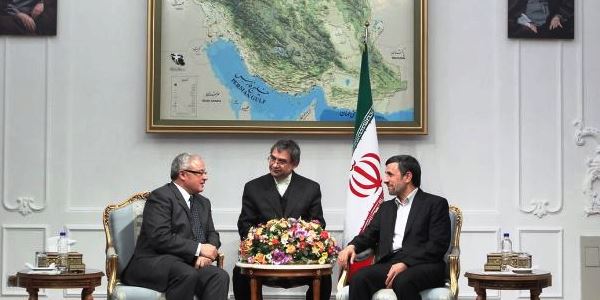 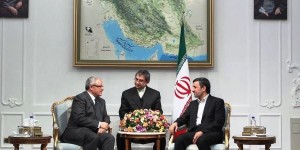 CAIRO (AP) — Egypt’s tourism minister said Thursday that allowing Iranian tourists to visit Egypt after being banned for more than three decades would pose no threat and could help shore up the nation’s struggling tourism industry.

Tourism Minister Hesham Zaazoua’s remarks, in an interview on Thursday with The Associated Press, come amid controversy over allowing Iranians to visit Egypt after decades of frozen diplomatic relations and suspicion – especially among ultraconservatives – that Iran aspires to spread its Shiite faith to the Sunni world.

Egypt, which is predominately Sunni, has been working to normalize relations with Iran, after a long freeze that began after Egypt signed its 1979 peace treaty with Israel and Iran underwent its Islamic revolution. Relations began to improve after former Egyptian President Hosni Mubarak was forced to step down in the 2011 popular uprising.

Zaazoua, who visited Tehran nearly a month ago and signed a memorandum of understanding to promote tourism, told the AP that Iranians were not going to visit Egypt to export an Islamic revolution. He said Iranian visitors, who would be restricted in their movements, would not be visiting religious sites.

“We have not received Iranians for 35 years,” Zaazoua said in his office. “They are pure tourists. They are not coming to create a revolution as far as I am concerned.”

He said if problems surface, “we can stop it, as simple as that.”

Egyptians have mixed feelings toward Iran. Some believe in Iranian plots aimed at destabilizing the country while others sympathize with Iran’s Islamic revolution and admire Tehran’s defiance of the United States.

Zaazoua’s visit to Tehran sparked anger of ultraconservative Islamists like Al Nour party. The party issued a statement warning Morsi’s government that opening the country up to Iranians risked plunging the country, which “enjoys a Sunni unity,” into sectarian strife.

When Ahmadinejad visited Egypt on Feb. 5, he too got a cold shoulder from some. He was given a harsh reception by Egypt’s top Sunni cleric of Al-Azhar and the Iranian leader was attacked by shoe-throwing Syrian protesters upset about Iran’s alliance with the embattled Syrian regime.

A new understanding with Iran would be a shake-up for a region that has been split between Tehran’s camp – which includes Syria and Islamic militias Hezbollah in Lebanon and Hamas in Gaza – and a U.S.-backed group led by Saudi Arabia and rich Gulf nations. Further complicating relations, the Islamic militant group Hamas, which rules the Palestinian enclave in the Gaza Strip, is a historical offshoot of the Muslim Brotherhood, the dominant force in Egyptian politics since Morsi’s election.

Zaazoua said preparations were under way to allow Iranian tourists to visit, but he declined to disclose a date.

Ali al-Ashri, an official with Egypt’s Foreign Ministry, said Iranian tourists would only be allowed to visit certain sites, such as the ancient cities of Luxor and resort areas like Sharm el-Sheikh. Cairo was not on the list of places they would be allowed to visit, mainly because it is the site of shrines of revered Shiite figures.

The size of Iranian tourist groups would be limited to 100 persons and there would only be three travel agencies given permits to coordinate the Iranian visits. Flights would carry Iranians directly from Iran to their tourist destination, the civil aviation minister said.

“We don’t want to create problems to our country or any other country, including Iran itself,” Zaazoua said.

The Egyptian government is looking to boost the tourism business back to pre-revolution levels when 14.7 million tourists visited Egypt in 2010. Continued unrest since the 2011 uprising have scared away tourists and investment. Last year, the number of tourists climbed to more than 10 million, but most tourists go to beach resorts along the Red Sea.

To assuage fears among some that Iranians would try to practice religious rituals in Egypt, Zaazoua emphasized that Iranian tourists would not be allowed to visit religious sites.

“I can’t ignore countries like Iran,” he said. “I am a technocrat. … I am looking to just increase the share from international traffic of tourism in the world.”