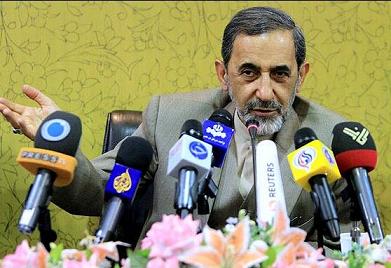 Velayati May Run for Iran President as Calm to Ahmadinejad Storm 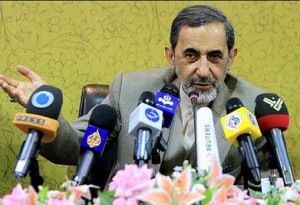 Ali Akbar Velayati was addressing the United Nations as Iran’s foreign minister when a dissident rushed onstage, snatched his speech and tore it up. As security wrestled the man away, Velayati waited calmly with his hands in his pockets.

“A member of our delegation had a copy of the text, which he immediately brought to me,” said Velayati, recalling the early 1980s episode for Iran’s state television. “I flipped to page 10, where I remember having left off, and continued.”

That low-key style and readiness to stay on-message may make Velayati a candidate when Iranians vote in June for a successor to Mahmoud Ahmadinejad, in some ways his stylistic opposite. The outgoing president’s fiery rhetoric against Israel and in support of nuclear development has added to Iran’s isolation as sanctions squeeze the economy and the U.S. and Israel threaten military strikes.

With inflation surging and oil output at the lowest levels since the 1980s, the tensions have sparked unusually public quarrels among Iran’s elite, mostly featuring Ahmadinejad. Supreme Leader Ayatollah Ali Khamenei, the Islamic republic’s highest authority, has rebuked politicians for squabbles that weaken the country.

Meanwhile Velayati, 67, who has been largely out of the public eye since he quit the Foreign Ministry in 1997 and became an adviser to Khamenei, is suddenly prominent again in local media, which have quoted him on a range of issues. The veteran bureaucrat may be the kind of politician Khamenei would favor as an antidote after Ahmadinejad, to ease tensions and help Iran present a united front, said Hooman Majd, author of “The Ayatollahs’ Democracy: An Iranian Challenge.”

Khamenei wants “a president who doesn’t give him heart- burn, as we know Ahmadinejad gave him,” Majd said in an interview. Velayati has “probably been a more loyal soldier for the supreme leader than any of the other conservatives. He has never spoken out of turn. Ever.”

Iran’s ministry of culture, which approves media access to officials, didn’t immediately respond to a request for an interview with Velayati.

Most recent Iranian elections have involved competition between conservative defenders of the Islamic republic’s record and politicians seeking change in some areas, such as a freer media, more social liberties or more engagement with the West. The last one in 2009, led to mass protests by opposition supporters alleging vote-rigging, which were violently suppressed.

Such sharp differences are unlikely to be allowed this year, when the vote is set to be a “battle among conservative candidates with narrow ideological confines,” said Yasmin Alem an independent Iran analyst and the author of “Duality by Design: The Iranian Electoral System.”

Still, the election of a “seasoned politician” such as Velayati may help thaw Iran’s ties with the West, even in the absence of major policy changes, Alem said. “Because tone matters in diplomacy, a less bellicose rhetoric could lead to a more constructive dialogue.”

Candidates in the June 14 election won’t register until May, and must be screened for their qualifications and loyalty to the Islamic Republic. Ahmadinejad isn’t eligible to run after serving two terms.

Velayati was born in Shemiran, in the foothills of the Alborz mountains north of Tehran, and trained as a physician. He gained a degree in pediatrics from the University of Tehran and studied infectious diseases at Johns Hopkins University in the 1970s, according to Iranian Diplomacy, a website run by former diplomats.

As foreign minister from 1981, two years after the Islamic revolution, Velayati recalled negotiations to end the eight-year war with Iraq as the toughest time of his career, according to an interview with Mehr news agency published Feb. 6.

There’s evidence that Khamenei has made use of Velayati’s diplomatic skills since he left the ministry. He was sent to Saudi Arabia in the mid-2000s to establish a back-channel for communications between the regional rivals, Saudi King Abdullah said, according to U.S. diplomatic cables published by Wikileaks. In January, Velayati put an end to weeks of rumors by denying that he had held talks with the U.S. in Oman.

Velayati hasn’t announced his presidential candidacy, though he has set up a coalition with two political allies: Tehran mayor Mohammad-Baqer Qalibaf, and Gholam Ali Haddad Adel, a former Parliament speaker who’s related to Khamenei. They have all promised to endorse whichever of the trio is seen as the most promising candidate by the clerics.

Ali Larijani, the parliament speaker and another loyalist cited as a possible candidate, apologized to the supreme leader after a public row with Ahmadinejad. Khamenei may prefer Velayati as a less outspoken and ambitious figure, Majd said. Others who have announced bids include another former foreign minister, Manouchehr Mottaki, and Ali Fallahian, who was intelligence minister in the 1990s.

The qualities that appeal to Khamenei may not strike a chord with voters, though. Unlike Larijani or Qalibaf, Velayati has never run for office. And the ruling clerics, while concerned to avert a repeat of the opposition surge in 2009, would like evidence of public engagement in the campaign to validate the system, Majd said.

“The supreme leader wants these elections to be exciting, wants people to participate and the press to see that this is a functioning democracy,” he said. “Velayati doesn’t have that charisma, to get the excitement going around him.”

The former minister could address that problem by turning his campaign into a team effort, said Ali Vaez, senior Iran analyst at theInternational Crisis Group. “With a young and energetic team of possible future ministers, he will be able to increase his electoral appeal,” Vaez said.

Velayati has hinted he might try that tactic. “The election winner shouldn’t say, I know all about defense, the economy, politics and foreign affairs, and ignore expert opinion,” Fars news agency quoted him as saying last month. “The next president must introduce his team to the people so that they can vote for the team, not one individual.”

In any case, after the 2009 protests the supreme leader’s top priority is probably to avoid a repeat.

“Security trumps legitimacy,” said Alem, the analyst and author. Khamenei is looking for a consistent loyalist, not “someone who has an independent power base, who’s charismatic or popular,” she said. Velayati “may be the most appealing for him right now.”