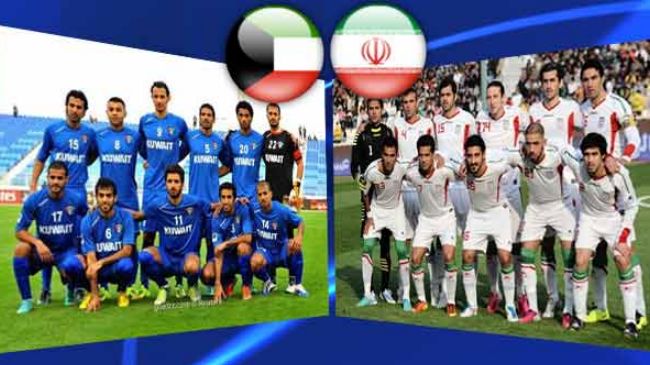 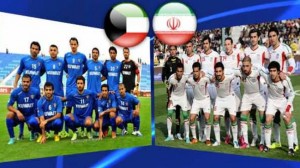 The Iranian national football team has been held to a 1-1 draw against Kuwait in Group B of the 2015 AFC Asian Cup qualifiers.

The Iranian outfit took the lead in the dying minutes of the first half at the Kuwait SC Stadium on Tuesday.

Iran’s midfielder Ashkan Dejagah made a strong run down the right flank just before half-time. Kuwaiti goalkeeper Nawaf Al Khaldi sprawled on the floor to collect the ball, but it slipped loose from his grasp and Iranian Mojtaba Jabbari crashed his shot against the angle of post and crossbar. The ball rebounded to Masoud Shojaei, who volleyed it back towards Kuwait’s goal and scored the opener.

Kuwaitis stepped up their pressure after the interval as Iranians tried to defend their lead in the second half.

The hosts were awarded a penalty in the 76th minute for a foul on Abdulhadi Khamee by Iran’s captain Javad Nekounam.

Kuwaiti defender Fahad Awad sent the ball successfully on the left side of Iran’s goalkeeper Rahman Ahmadi to score the equalizer.

Iran stands at the top of Group B of the 2015 AFC Asian Cup qualifiers with four points, followed by Kuwait with the same points but less goals scored.

Iran is to host Thailand on October 15, while Kuwait will play Lebanon in Beirut on the same day.